Home India State Travel time from Jammu to Delhi will now be reduced to just... 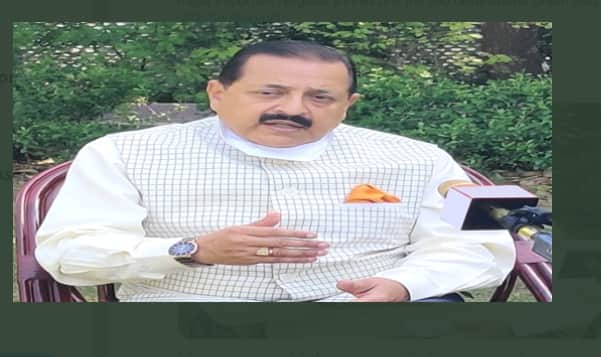 New Delhi: The travel time from Katra to Delhi will now be reduced to around six and half hours and from Jammu to Delhi to just about six hours, said Union Minister Dr Jitendra Singh, disclosing that the work has started on the first of its kind Katra (Jammu and Kashmir)- Delhi Express Road Corridor which will be ready by 2023.

According to Dr Jitendra Singh, once this Express Road Corridor becomes functional, people will prefer to travel to Delhi by road instead of undertaking a journey by train or by Air.

“The hallmark of this road corridor is that it will connect the holy cities of Katra and Amritsar, and at the same time offer connectivity for some other major important religious shrines between the two destinations,” he said.

The Union Minister further informed that after completion of the survey by M/s Feedback Consultants Ltd, the process of acquisition of land is nearly complete and the work on the ground has started.

Estimated to cost over Rs 35,000 crores, this Expressway Corridor will pass through important cities including Jammu and Kathua in Jammu and Kashmir, and Jalandhar, Amritsar, Kapurthala and Ludhiana in Punjab.

Dr Jitendra Singh said, “simultaneous widening of the National Highway between Pathankot and Jammu is also being undertaken, to upgrade it from 4 – lane to 6 – lane, which will also prove to be a great boon for the commuters between Jammu, Kathua, and Pathankot.”

Scheduled to be completed within a timeline of three years, the road corridor will prove to be a path-breaking revolution in promoting industry and investments in the entire region as it will also pave the way for the growth of economic hubs in cities like Kathua and Jammu, he added.

Dr Jitendra Singh, representing Katra Vaishno Devi Lok Sabha seat, had been pursuing this project since 2015 and had for the first time about three and half years ago announced during a programme at Katra that he had submitted a proposal to this effect which had been accepted by Union Highways Minister Nitin Gadkari.

He also thanked Prime Minister Narendra Modi for liberal Central funding to build a series of roads and bridges in the region during the last six years.

Jitendra Singh recalled that some of the monumental works include the state-of-the-art Chenani-Nashri tunnel, which was inaugurated by PM Modi and which is the first to be named after Dr Shyama Prasad Mookerjee.