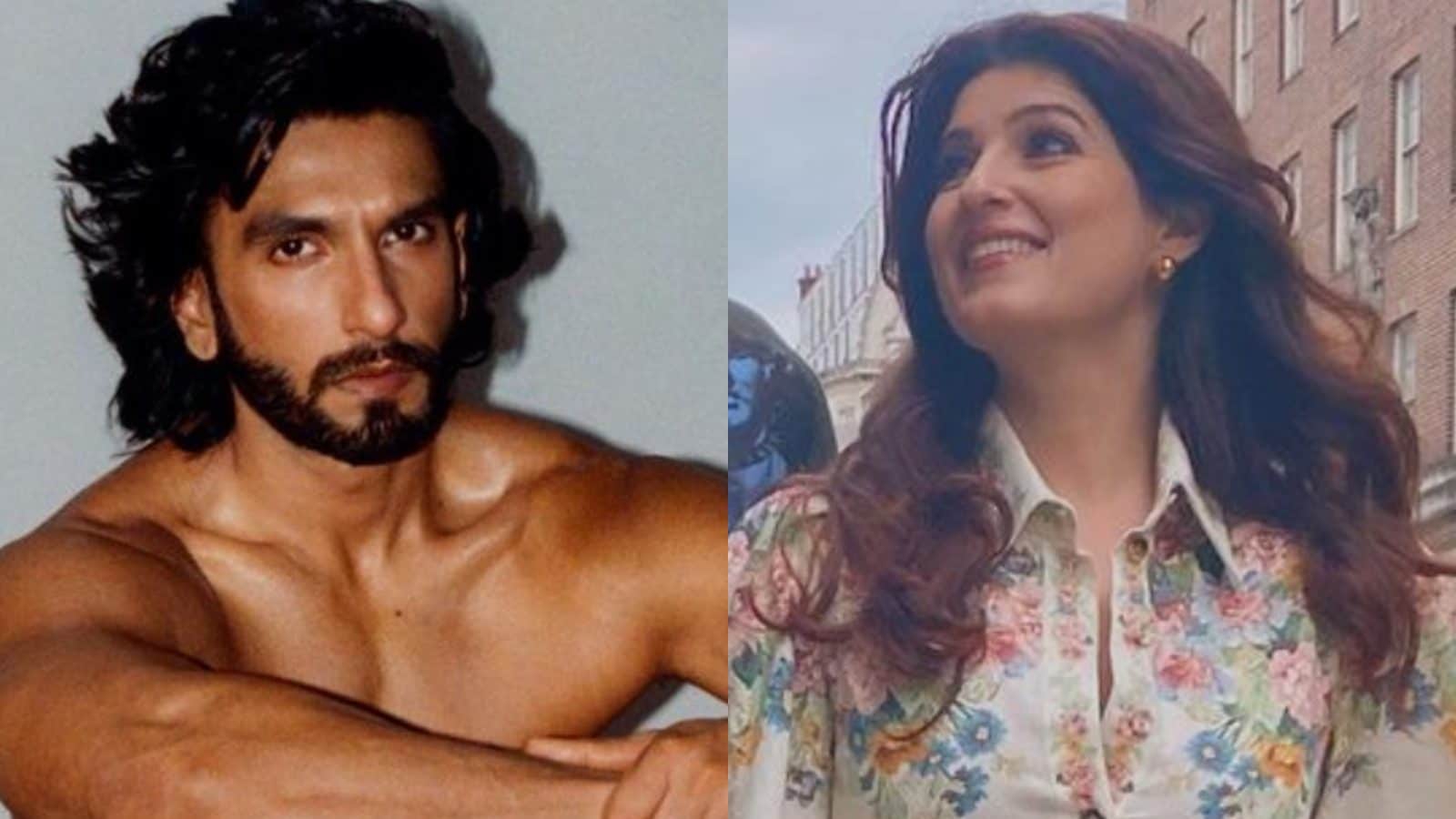 Twinkle Khanna has weighed in on the controversy revolving around Ranveer Singh’s naked picture. Unless you’ve been living under the rock, you would have come across pictures of Ranveer baring it all for a magazine. From debates to FIR, the scandalous shoot has made headlines for all kinds of reasons. Now, the actress-turned-writer has shared her thoughts on the controversy.

Akshay Kumar’s wife began by confessing that her son, Aarav, caught her enlarging Ranveer’s pictures on her screen. She assured him that it was ‘for purely research purposes’. She went on to point out that the nude art was Ranveer’s greatest performance so far. Explaining her perception of Ranveer when they had previously met, Twinkle Khanna praised him for shedding it all.

“Enlarging Ranveer’s pictures on my screen and mumbling when my son walks in that it was for purely research purposes, I see nothing beyond a man devoid of clothing. Unlike meeting him in person, where he usually seems like a basketball filled with kinetic energy, bouncing off generous compliments and kisses on blushing cheeks, in these pictures he was not projecting any constructs. Not even sexuality, with a subtle and maybe sock-stuffed hint of well endowment. However, as a performance, I would consider it one of his greatest. Instead of putting on layers, he discarded them all,” she wrote in her blog for the Times of India.

Twinkle also believed that the reactions to men going nude as against women baring it all are starkly different. “An uncovered woman is a desirable commodity. A disrobed man, on the other hand, should not be seen or heard,” she wrote.

In all this, Twinkle agrees with Vidya Balan who recently took Ranveer’s side by saying that she has no objection to the actor flaunting his skin. “I can assure the morally offended that while we are not advocating starting our own Fellowship of The Naked Trust, a thumping majority of women and the queer community are not bummed out by these photographs. In fact, we have only one complaint. Instead of over-exposure, the photographs seem under-exposed. Even with spectacles, magnifying glasses and zoom tools, we are unable to spot any anatomical details, just a pool of shadows between two finely muscled legs,” Twinkle added in her blog.