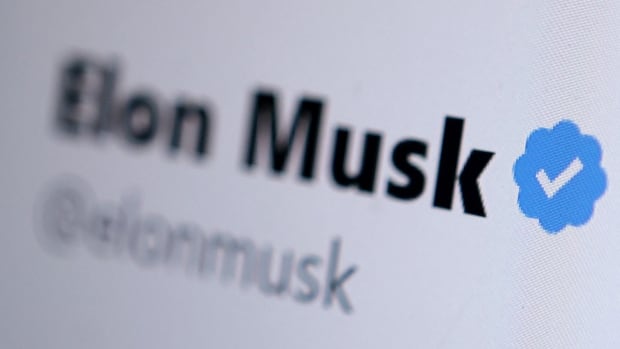 Twitter Inc. said on Friday it had reinstated the “official” grey verification badge given to some accounts, days after removing it.

The move follows an upsurge in fake accounts on the platform after new boss Elon Musk allowed users to pay $8 US for a monthly subscription for the coveted blue tick that was previously reserved for verified accounts of politicians, actors and other major personalities.

Fake accounts of several big brands have popped up with the blue tick, including Musk’s Tesla and SpaceX as well as Roblox, Nestlé and Lockheed Martin.

To combat impersonation, we’ve added an “Official” label to some accounts.

Musk on Wednesday tweeted he had “killed” the new label, just hours after rolling it out.

Drugmaker Eli Lilly and Co issued an apology after an imposter account tweeted that insulin would be free, amid political backlash and scrutiny into the high prices of the medicine.

“We apologize to those who have been served a misleading message from a fake Lilly account,” the company said, reiterating the name of its Twitter handle.

Among other examples, a number of misleading Tweets about Tesla from a verified account with the same profile picture as the company’s official account were being circulated on the platform.

“Twitter has over the past several years worked to try to improve that [misinformation]. And it seems like Elon Musk has unravelled it within a matter of weeks,” A.J. Bauer, a professor at the University of Alabama said.

Meanwhile, a number of users said the option to sign up for Twitter Blue, the $8 subscription service that comes with blue tick verification, had disappeared.

“Checked with Twitter’s API [application programming interface] and the in-app purchase for Twitter Blue Verified is no longer listed for production,” app researcher Jane Manchun Wong said in a tweet.

In Canada, users got an error message with a note that said Twitter Blue will not be available in the country in the future.

Musk had said on Sunday that Twitter users engaging in impersonation without clearly specifying it as a “parody” account will be permanently suspended without a warning.

While some had disclosed it was a parody account in their description, several other fake brand accounts including that of Nintendo and BP were suspended.

Newly minted Twitter CEO Elon Musk has begun pushing forward with his plan to cut as much as half of the company’s global workforce, beginning with widespread layoffs at the social media company on Friday.

On Thursday, Musk raised the possibility of the social media platform going bankrupt.

The billionaire, on his first mass call with employees, said he could not rule out bankruptcy, Bloomberg News reported, two weeks after he bought the platform for $44 billion US — a deal that credit experts say has left Twitter’s finances in a precarious position.

Earlier in the day, in his first company-wide email, Musk warned that Twitter would not be able to “survive the upcoming economic downturn” if it fails to boost subscription revenue to offset falling advertising income, three people who have seen the message told Reuters.

In his first meeting with many employees at Twitter on Thursday afternoon, Musk warned the company may lose billions of dollars next year, the Information reported.

Musk added in the email to workers that remote work would no longer be allowed and that they would be expected in the office for at least 40 hours per week.

Musk ruthlessly moved to clean house after taking over on Oct. 27 and has said the company was losing more than $4 million US a day, largely because advertisers started fleeing once he took over. Twitter has $13 billion US in debt after the deal and faces interest payments totalling close to $1.2 billion US in the next 12 months. The payments exceed Twitter’s most recently disclosed cash flow, which amounted to $1.1 billion US as of the end of June.