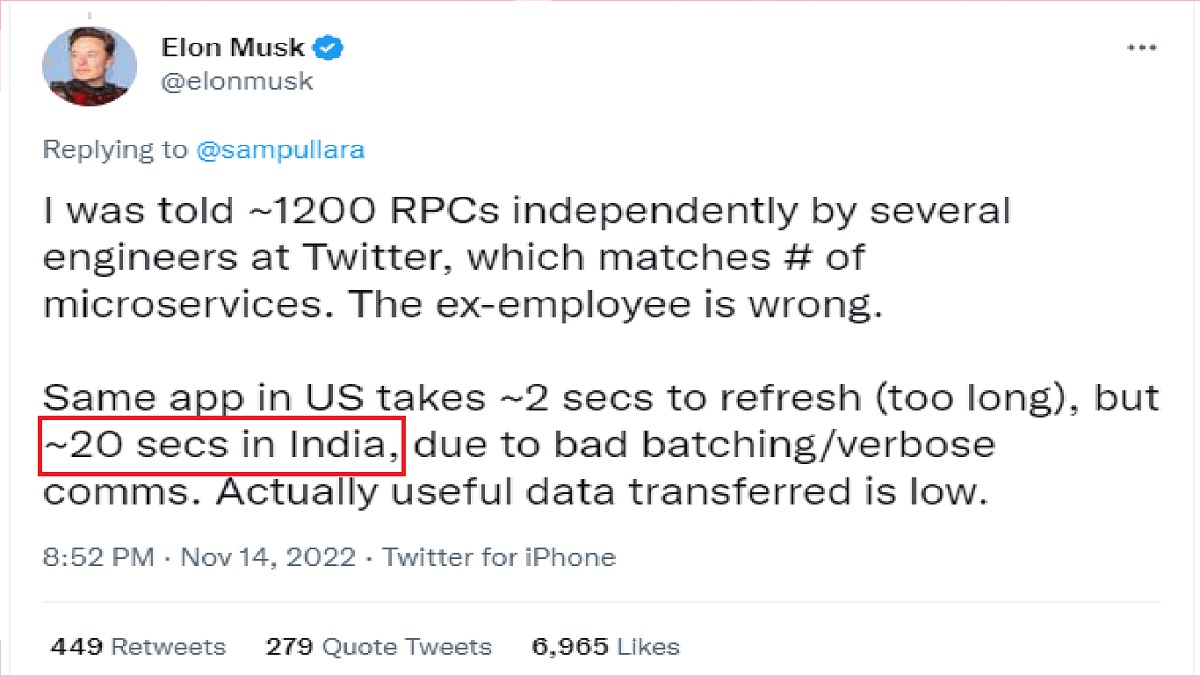 Since billionaire entrepreneur Elon Musk took over Twitter, the microblogging site is in news for all unwarranted reasons- from laying off to launching paid bluetick services to roll it back. In latest development, Musk said Twitter is “very slow” in India and many other countries.

“Twitter is very slow in India, Indonesia & many other countries. This is a fact, not a “claim”. 10 to 15 secs to refresh homeline tweets is common. Sometimes, it doesn’t work at all, especially on Android phones. The only question is how much delay is due to bandwidth/latency/app,” Musk, Twitter’s new owner, tweeted.


The app is doing >1000 poorly batched RPCs just to render a home timeline! I was told ~1200 RPCs independently by several engineers at Twitter, which matches # of microservices. The ex-employee is wrong,” he said.

In another tweet, he said “Same app in the US takes ~2 secs to refresh (too long), but ~20 secs in India, due to bad batching/verbose comms.  Actually useful data transferred is low.

There are 1200 “microservices” server side, of which 40 are critical to Twitter working at all, according to the server control team.

Trimming down that 1200 number, reducing data usage, serialised trips & simplifying the app are all needed to improve the speed of use.”