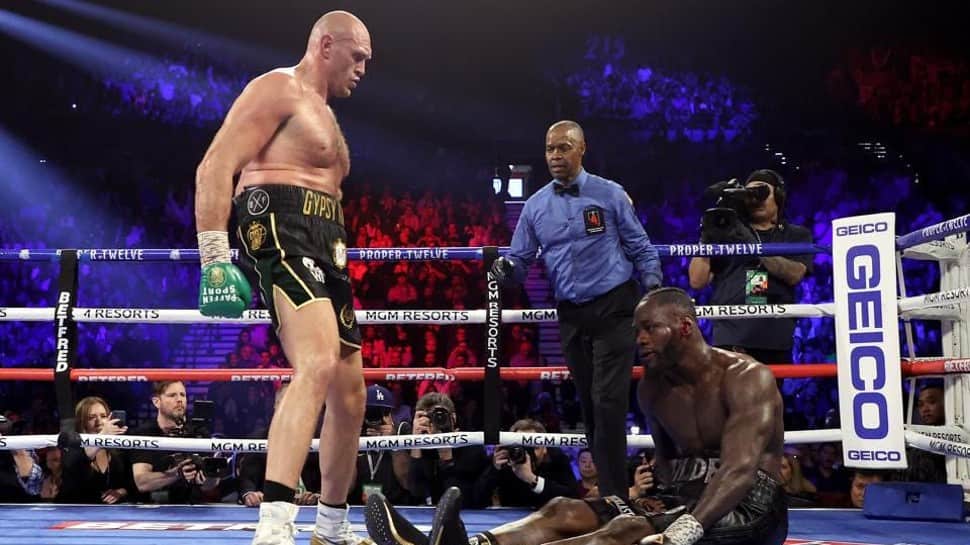 Wilder was the aggressor early in the slugfest, using his jab to back up the larger Fury while trying to set up his powerful right hand.

Fury weathered the early storm and knocked Wilder down in the third round but the American responded in the fourth, sending the Briton to the canvas twice with shots to the head from close range.

But Fury continued to bludgeon Wilder as the fight wore on and ended the brutal affair with a clean right hand to the side of his head in the penultimate round.

The battered Wilder reportedly went to the hospital immediately after the fight.

After the win, Fury tweeted: “Don’t ever doubt me, when the chips are down I always deliver.”

Don’t ever doubt me, when the chips are down I always deliver!

In another tweet, the 33-year-old said: “Thank you to my lord and saviour Jesus Christ.”

Thank you to my lord and saviour Jesus Christ!

With the win, Fury (31-0-1) has now taken two of the three meetings between the rivals after the first fight ended in a draw and Fury dominated the second meeting.

“It was a great fight tonight, it was worthy of any trilogy in the history of the sport,” Fury said.

“Deontay Wilder’s a top fighter, he gave me a real run for my money. I always said I’m the best in the world and he’s second best.”

Fury will likely now look to take on Ukraine’s Oleksandr Usyk, who holds the other three titles, for a chance to become the first undisputed heavyweight champion since Lennox Lewis 21 years ago.

That fight may have to wait, however, as Britain’s Anthony Joshua earlier in the day triggered his clause for a rematch against Usyk, who defeated him last month to take the WBA, WBO, IBF and IBO belts.