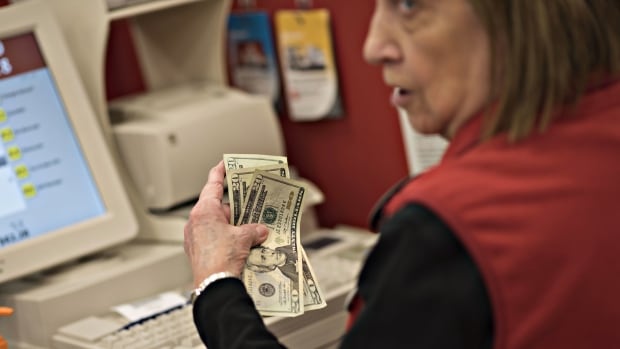 The U.S. cost of living went up at its fastest annual pace in more than 30 years in October, new figures showed Wednesday, as the price of just about everything is increasing at a much faster pace than usual.

The U.S. Bureau of Labour Statistics reported that the all-items consumer price index rose by 6.2 per cent in the 12 months up to October. Prices rose by almost a full per cent just in the month of October alone.

While almost every single subindex was higher, the biggest factors in the record-setting jump were energy, shelter, food and new and used vehicles.

Policy makers tend to like to strip out the impact of food and energy costs from the overall inflation rate because they can be so volatile, but even by that metric, the U.S. inflation rate hasn’t been this high in 30 years. The pared-down rate came in at 4.6 per cent, which is the highest increase for everything else since 1991.

U.S. energy prices have risen by 30 per cent in the past year, the fastest pace of increase since 2005.

After plummeting during the pandemic, inflation has come roaring back around the world for a number of factors. Chiefly, government support programs aimed at keeping people employed, coupled with low interest rates, have flooded the world with cash, which is looking for somewhere to be spent.

Also, ongoing pandemic lockdowns are creating shortages of certain items at a time when demand for them has come roaring back among COVID-weary consumers, which has made it hard to find certain items — and caused higher prices for whatever’s left.

Canada’s inflation rate is also rising at its fastest pace in decades.

Economist Sal Guatieri with Bank of Montreal said the turnaround in inflation has been breathtaking to watch.

“It’s hard to believe that the annual rate was virtually zero (0.1 per cent to be exact) in May 2020, just after the shutdowns. But that’s what happens when supply (of virtually everything these days) can’t keep up with stimulus-stoked demand,” he said in an email to clients.

Two soft spots in the numbers are prices for clothing and airplane tickets, “but both are likely to turn higher as more people head back to the office and travel,” Guatieri said.

Economists and policy-makers had hoped that inflation would be “transitory,” which is an economics term that means temporary, and merely passing through due to short-term factors. But the longer inflation lasts, the more likely it is that central banks will have to start raising their interest rates sooner and faster to tame it.

Leslie Preston at TD Bank said she expects the U.S. Federal Reserve will have to start hiking as soon as next summer.

“Price pressures may ease alongside supply chain issues, but it is clear that healthy demand for nearly everything, as the economy recovers from the pandemic, has overwhelmed supply,” she said.

Last week, the Fed said it had no plans to hike its rate until next summer at the earliest but Simon Harvey with foreign exchange firm Monex Canada said that investor reaction to the scorching hot inflation number shows they have their doubts they can stand pat for that long.

“With price pressures now embedding into the overall economic backdrop, evidenced by how widespread the rise in inflation was over all categories in October, markets have been forced to question the Fed’s messaging yet again,” he said.