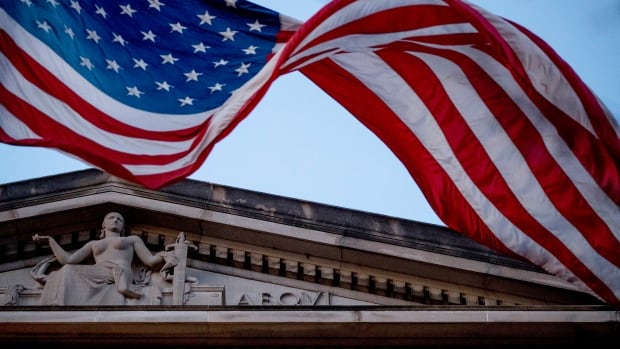 The U.S. Justice Department said Thursday that it has seized millions of dollars from cryptocurrency accounts that militant groups, including al-Qaeda and ISIS, relied on to finance their organizations and violent plots.

Law enforcement officials said the groups used the accounts to solicit donations, including by trying to raise money from the sale of fraudulent personal protective equipment for the coronavirus pandemic.

Officials described it as the largest-ever seizure of virtual currency funds related to terrorism. It’s also part of a broader Justice Department goal of disrupting the financing of extremist organizations, including those designated as foreign terror groups.

Cryptocurrencies such as bitcoin are favoured for illicit transactions because they are perceived as hard to trace, and one of the groups singled out Thursday explicitly encouraged donations by telling potential contributors that the money trail would be difficult for law enforcement to untangle, the department alleged.

The legal action, which included undercover law enforcement work and a forfeiture complaint filed in Washington’s federal court, is meant to deprive the organizations of funds needed to buy weapons and develop fighters, Assistant Attorney General John Demers said in a conference call with reporters announcing the case.

“This action shows that law enforcement remains a step ahead of them,” said Demers, the department’s top national security official.

The department said it has confiscated about $2 million US so far, in addition to more than 300 cryptocurrency accounts, four websites and four Facebook pages related to the schemes.

The seized funds are expected to be turned over to a fund for victims of terrorist attacks, officials said.

One prong of the U.S. investigation targeted the military wing of Hamas, known as the al-Qassam Brigades, which last year began a public fundraising campaign through social media to solicit bitcoin donations while reassuring potential donors that such contributions would be untraceable and used for violence, officials said. It also posted on websites instructions for how to anonymously make donations.

Law enforcement officials ultimately seized more than 150 cryptocurrency accounts that they say laundered funds to and from accounts operated by the al-Qassam Brigades. Also Thursday, prosecutors unsealed criminal charges against two Turkish individuals accused of acting as money launderers related to the cryptocurrency.

“Without funding, you cannot have these operations conducted,” said Michael Sherwin, the acting U.S. attorney for the District of Columbia. “The focus here was a very proactive effort to target these organizations in a very wide-scale manner.”

The department also identified a scheme that officials say was shepherded by an ISIS associate whom officials say manages certain hacking operations for the group.

Prosecutors say the man, identified as Murat Cakar, registered a website in Turkey to sell face masks and other protective gear to help prevent COVID-19. The masks were produced by a Turkish company and not approved by the U.S. Food and Drug Administration despite being advertised as such.

The Justice Department said it seized that site as well as four related pages used for the scheme and for ISIS funding.

Another scheme by al-Qaeda and affiliates sought to raise funds through bitcoin for attacks even as the groups purported to act as charities, according to the court documents.

“Bullets and bombs is all affordable, but the drone stuff, its very hard to unless u have like anti aircraft stuff which is like millions of dollars,” the administrator wrote, according to court documents. “Here they shoot it with a ground to air missile … its possible to hit them but hard. Or a 23mm machine gun. U know those big guns attached to a car.”

The investigation involved officials from multiple agencies, including the FBI, the Internal Revenue Service and HSI.