Home Sport UFC 264: Conor McGregor vs Dustin Poirier, The Trilogy – All You... 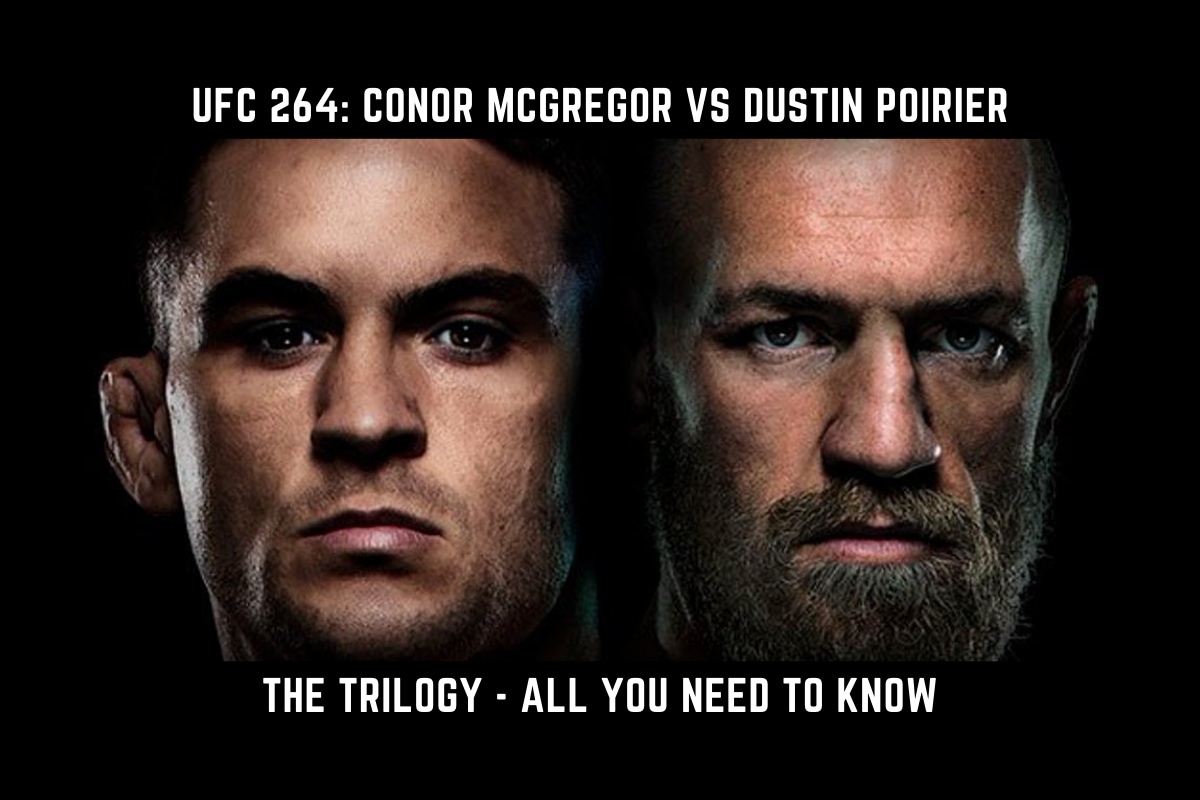 One of the most anticipated matches of the year -UFC 264,main event, Conor McGregor vs Dustin Poirier -the trilogy comes to an end this Sunday (July 11) at the T-Mobile Arena, Las Vegas in UFC 264. Round one went to the Irishman, knocking out Poirier in UFC 174 in 2014. Round two went to the American in 2021, who became the first MMA fighter to knock out McGregor in the octagon. Round three will be decided in an intense and riveting clash in Vegas. The match is set, the promotions have been thrilling, the weights have been checked and all that’s left is to let the two UFC stars have at each other.

McGregor is known to getin the opponents’ faces, be it his stances, his glares or his actions to play mind games.Poirier has been quiet, still and unphased during the promotions so far. While Poirier will look to knock out Irishman once again, ‘The Notorious’ has vowed to destroy the MMA fighter. In the two clashes witnessed, both fighters have got the better of each other and with their legacies on the line this Sunday, it all boils down to the 25 minutes in the octogen to decide the last man standing.

In 2014, UFC 174, a dominant McGregor was the favourite of the clash against a budding Poirier. In the first round itself, the Notorious got the better of the American via TKO and went on to become one of the best in the business. McGregor later went on to script history by becoming UFC’s first double champion.

Round 2 – Poirier Does the Unthinkable

Poirier returned the favour in January 2021, when the American MMA fighter became the first to knock out McGregor. The whole world was left flabbergasted as Poirier stood tall next to a battered McGregor in a second-round TKO. The Southpaw used brilliant combinations to stun the Irishman, knocking him off his feet and winning the bout.

Round 3 – The Final Battle

The promotions have been wild and whenever McGregor is a part of any clash, the Irishman goes the distance. From throwing Poirier’s hot sauce into the crowd, to trying to kick the American during a stare-down, to talking trash about Poirier and his family -the hype and anticipation has gone through the roofs as the two stars battle it out this Sunday as a trilogy comes to an end.

When is the UFC 264 Conor McGregor vs Dustin Poirier Match?

Where is the UFC 264 Conor McGregor vs Dustin Poirier Match being held?

The UFC 264 Conor McGregor vs Dustin Poirier Match is being held at the T-Mobile Arena in Las Vegas, Nevada.

Where can I watch the UFC 264 Conor McGregor vs Dustin Poirier Match on TV?

Where can I watch the UFC 264 Conor McGregor vs Dustin Poirier Match streaming online?

Just Believe in Ourselves, We Can Do This: Rani’s Message to Teammates ahead of Australia Match

Tokyo Olympics: Mary Kom Wants to Hug and Salute the Girl Who Was Inconsolable after Seeing Her Lose