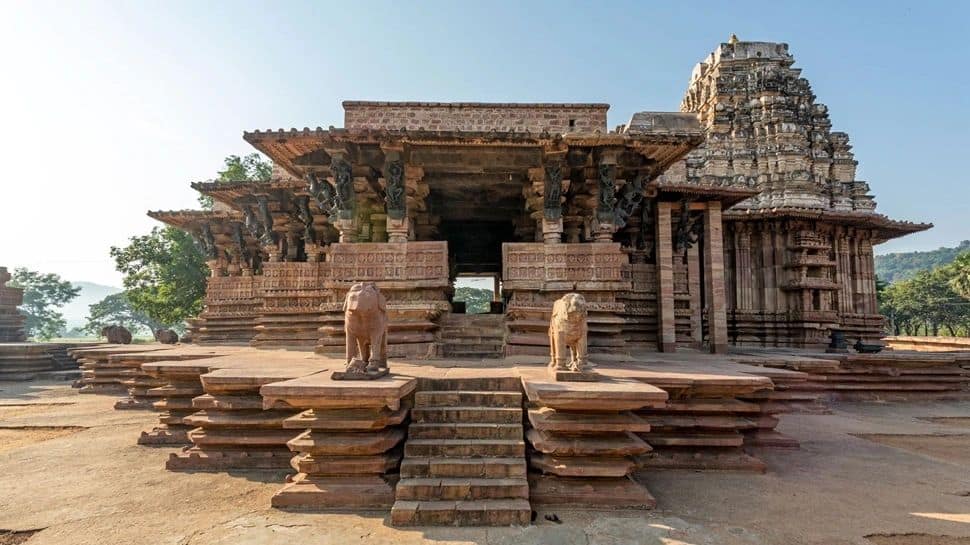 The Rudreswara temple was constructed in 1213 AD during the reign of the Kakatiya empire by Recharla Rudra, a general of Kakatiya king Ganapati Deva. The temple is dedicated to Lord Shiva and worshiped by devotees. The presiding deity is Ramalingeswara Swamy.

It is also known as the Ramappa temple, after the sculptor who executed the work in the temple for 40 years, an official release said.

The Union Culture and Tourism Minister G Kishan Reddy said in a tweet: “It gives me immense pleasure to share that @UNESCO has conferred the World Heritage tag to Ramappa Temple at Palampet, Telangana. On behalf of the nation, particularly from people of Telangana, I express my gratitude to Hon PM @narendramodi for his guidance & support”.

Kishan Reddy in a release said that owing to the COVID-19 pandemic, the meeting of the World Heritage Committee of United Nations Educational, Scientific and Cultural Organisation (UNESCO) could not be conducted in 2020 and the nominations for 2020 and those for 2021 were discussed in a series of online meeting that are currently underway.
The discussion on Ramappa Temple took place on Sunday, he said.

Prime Minister Narendra Modi also extended his greetings to the people of Telangana.

“Excellent! Congratulations to everyone, specially the people of Telangana. The iconic Ramappa Temple showcases the outstanding craftsmanship of great Kakatiya dynasty. I would urge you all to visit this majestic Temple complex and get a first-hand experience of it’s grandness,” he said in a tweet.

“The Spiritual and cultural property developed by the Kakatiya Kings with a tremendous creativity, sculptural value has a very special place in the country’s cultural heritage,” Rao said according to a release from CMO.

He said under self-governance, the state government is making all efforts to revive and restore the historical, spiritual and proud cultural heritage of Telangana. The Chief Minister thanked UNESCO member Nations, Central Government for its support.

Telangana Minister for Tourism V Srinivas Goud said in a tweet, “Happy to announce that the 800-year-old architectural marvel of Kakatiya era Ramappa Temple is inscribed as a UNESCO World Heritage Site.”

Kishan Reddy congratulated the entire team of Archaeological Survey of India (ASI) for their untiring efforts towards making the Ramappa Temple a World Heritage Site and also thanked the Ministry of External Affairs for their efforts.

The temple complexes of Kakatiyas have a distinct style, technology and decoration exhibiting the influence of the Kakatiyan sculptor. The Ramappa Temple is a manifestation of this and often stands as a testimonial to the Kakatiya creative genius.

The temple stands on a six feet high star- shaped platform with walls, pillars and ceilings adorned with intricate carvings that attest to the unique skill of the Kakatiyan sculptors.
Rudreswara (Ramappa) Temple is a masterpiece of Kakatiya style of temple architecture with the use of engineering innovation by creating floating bricks, sand-box foundations, material selection knowledge and ingenuity in stone sculpting as a technological ensemble.

The sculptural and form modification, evolution of temple art, sculpture and use of technology in material selection and making as displayed in Rudreshwara Temple are masterpieces of human creativity.

The sculptural art and decoration specific to the time and Kakatiya Empire have an outstanding universal value. The distinct style of Kakatiyas for the gateways to temple complexes, unique only to this region confirm, the highly evolved proportions of aesthetics in temple and town gateways in South India.

European merchants and travelers were mesmerised by the beauty of the temple and one such traveler had remarked that the temple was the “brightest star in the galaxy of medieval temples of the Deccan,” the release added.

M Panduranga Rao, trustee of Kakatiya Heritage Trust (KHT), told PTI they had been preparing a dossier proposing that the Ramappa Temple to be included in India’s nominations for the World Heritage Site list since 2010 along with the Telangana State Archaeological Department and ASI.