Home India Top Story #UnrestSA: Zuma ‘understands the Constitution’, would call for calm if he had... 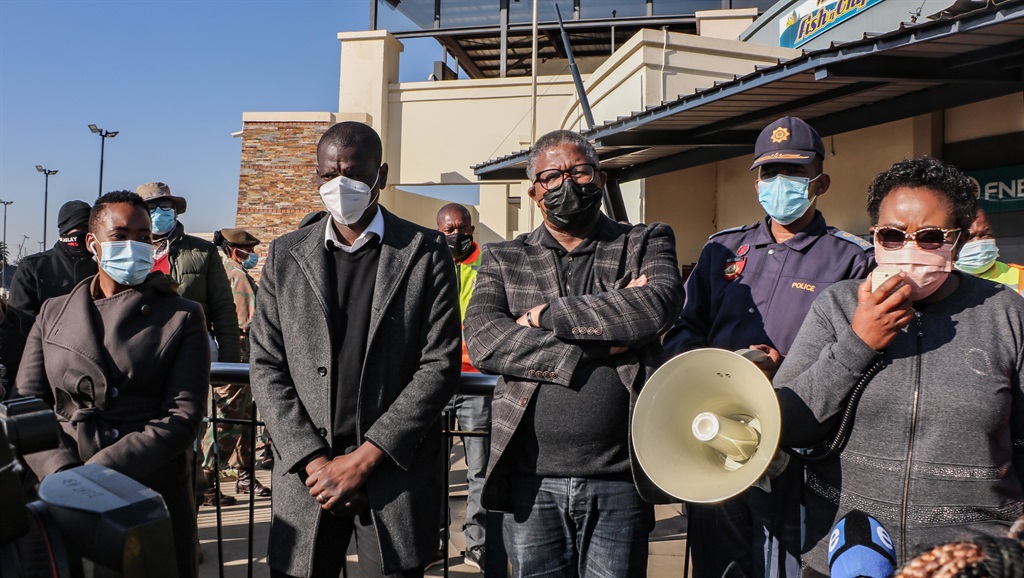 Former president Jacob Zuma “understands the Constitution very well” and would call out the violence and promote calm if he had access to communication platforms, Communications Minister Stella Ndabeni-Abrahams has said.

Ndabeni-Abrahams, along with Transport Minister Fikile Mbalula, appealed to people to stop using Zuma’s name as an excuse for the ongoing looting and theft in KwaZulu-Natal and Gauteng.

The ministers were speaking at Jabulani Mall in Soweto alongside their Cabinet colleagues, Mmamoloko Kubayi-Ngubane and Ronald Lamola.

They visited the mall to conduct a walkabout after it was ransacked and looted.

Sympathisers of the now-jailed former president had called people to rise up following his imprisonment at Estcourt Correctional Centre last Wednesday.

No longer about Zuma

A week later, the country was in chaos, with malls, distribution warehouses and essential service centres, such as clinics, being damaged and looted.

The Constitutional Court sentenced Zuma to 15 months after he failed to appear before the Zondo Commission even when he was ordered to do so by the court.

Four days since the unrest erupted and became widespread, it became apparent the unrest was no longer about Zuma but more criminal, driven by what some government officials described as “experienced” operation agents.

If they (unrest campaigners) respect president Zuma, they must know that what they are doing in his name is wrong. He understands the Constitution very well. Anybody who is using Nxamalala’s name to advance their criminal and selfish interests, must desist from doing so.

She and Mbalula added those who were pro-Zuma now were only doing so because it was “fashionable”, but they were not his biggest fans when it was not.

Ndabeni Abrahams said: “We know former president Zuma. We know what he can do but we also know when he can be misled because of his human character. I have a belief that if president Zuma were to have access to what we are talking about today, he would do the right thing, [only] if he had access to communication platforms, and call for calm in our country.

“I know he fought for this freedom. I know he still believes that he can save South Africa by playing his part and that means he has to say ‘not in his name’.”

Mbalula urged people to not be misused by “faceless” instigators.

Mbalula added that criminals and anarchists were the reason behind the chaos and have used this as an excuse to get Zuma out of jail.

In this particular instance, we equally understand in our society there were people who were very close to the former president. When he gets arrested and goes to jail, it is not a moment to celebrate… But our country is what it is, it is a democratic state…

He said it was not nice seeing Zuma jailed, but the law needed to be abided by, adding not even President Cyril Ramaphosa was above it.

“The judiciary is doing its job. It doesn’t mean we don’t criticise it. But we do it within confines of the law, like the lawyers of president [Zuma] were doing in courts. But those who are burning stores are not fighting for the president. They are just everywhere with chicken audacities in the dark. If you believe in vandalism, show yourself and tell us why you are doing it.”

Mbalula added the unrest was not a proper way of fighting the former president’s jailing.