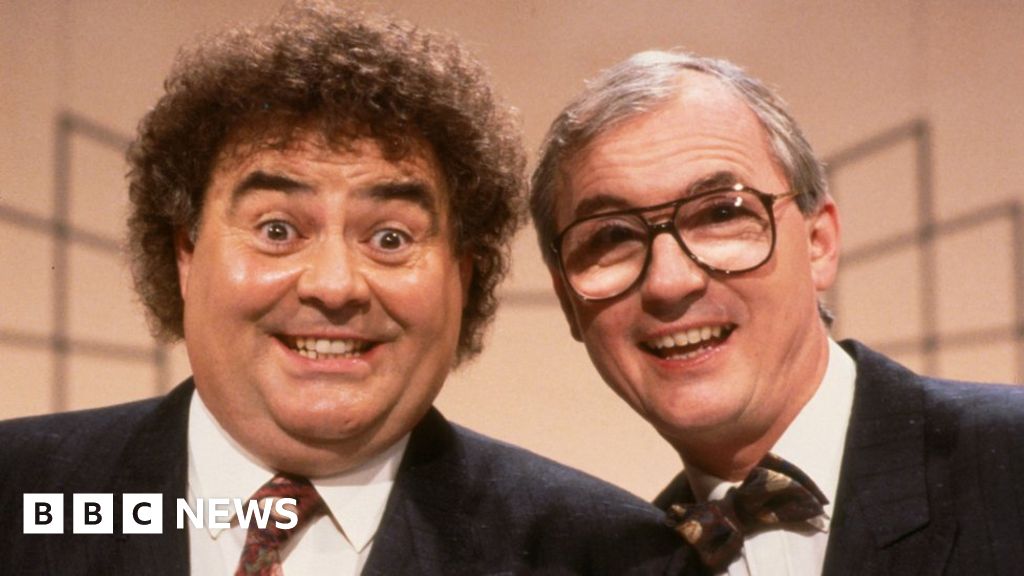 An unreleased film of comedy act Little and Large dealing with Eddie Large’s health and Syd Little’s realisation the duo cannot continue is to be shown.

It was filmed at Bristol’s Slapstick comedy festival in 2019, the pair’s first stage appearance for decades.

Little and Large were well-known faces on television in the 1970s and 80s, attracting up to 15 million viewers.

The film sees the double act talk about their “glory days” but leads into a moving section in which the pair talk about Large’s worsening ailments and what that meant for their future.

The film is due to be shown on the Slapstick Festival’s YouTube channel at 19:30 BST on Friday.

Afterwards there will be a Facebook watch party, which members of Large’s family are expected to join.

The film is free to watch but viewers will be invited to donate to a charity set up in the late star’s name.

Large, whose real name was Hugh McGinnis, was born in Glasgow but grew up in Manchester’s Moss Side.

He formed double act Little and Large with Syd Little in 1960 after watching Little’s set in a local pub and joining him on stage to sing a Cliff Richard song.

They went on to win the talent show Opportunity Knocks and had a long-running comedy show on BBC One in the 1970s and 80s.

The sketch-based comedy show was a fixture of Saturday evening TV, with Little mainly acting as the butt of Large’s cheeky humour.

They largely stepped away from the limelight when the show ended in 1991, after doctors told Large his heart could not stand the rigours of touring their live show.