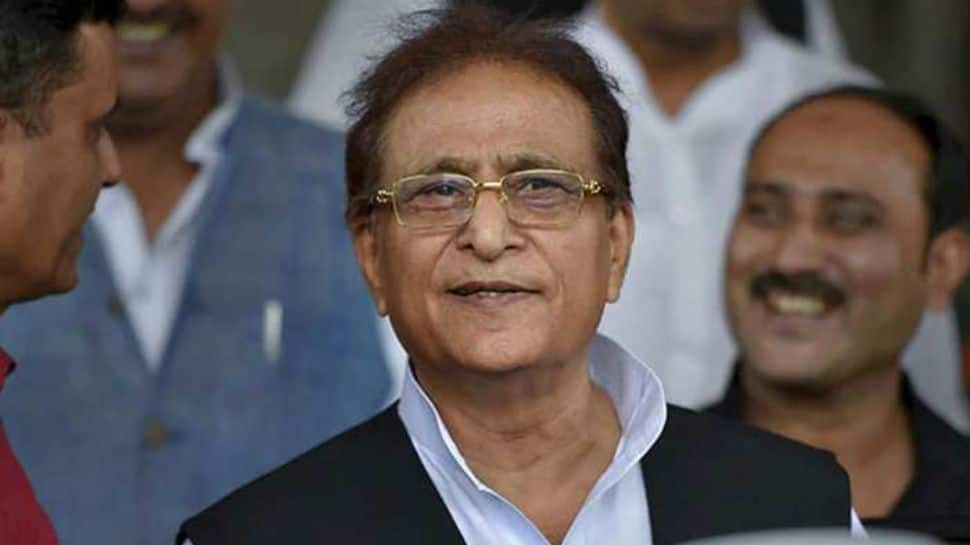 Lucknow: A Sessions Court in Uttar Pradesh’s Rampur on Thursday rejected Samajwadi Party leader Azam Khan’s petition challenging his conviction in a hate speech case that led to his disqualification from the Uttar Pradesh Assembly. Azam Khan will remain disqualified from the UP assembly and a by-poll will be held in the Rampur Sadar assembly constituency which fell vacant following Khan’s disqualification. A Supreme Court bench, headed by Chief Justice D Y Chandrachud, on Wednesday directed the appellate court to hear and dispose Khan’s application for a stay on his conviction on Thursday itself. SC had also asked the Election Commission to defer till November 10 for the issue of notification for the Rampur Sadar assembly seat.

The Supreme Court said the bypoll notification can be issued on or after November 11, once the sessions court decides on Khan’s plea. On October 27, a special MP-MLA court in Rampur had convicted Khan in the hate speech case and sent him to three years in jail. Khan filed an appeal challenging his conviction.

Khan was elected from the Rampur Sadar assembly constituency for the 10th time in the Uttar Pradesh assembly polls earlier this year. The Representation of the People Act says that anyone sentenced to imprisonment of two years or more shall be disqualified “from the date of such conviction” and remain disqualified for another six years after serving time in jail.

The instant case relates to an election speech during the 2019 Lok Sabha elections. Khan was booked for making inflammatory speeches while addressing a public meeting in Khatanagaria village in the Milak Kotwali area.

A case was registered against the MLA in April 2019 when he levelled serious allegations against administrative officials who were posted in Rampur and against Prime Minister Narendra Modi and Chief Minister Yogi Adityanath.

A video of Khan’s speech had gone viral on social media.

Notification for Rampur assembly bypoll to be issued on Nov 11: EC

The Election Commission has issued a revised schedule for the Rampur assembly bypoll and the notification for the electoral contest will be issued on Friday.

The decision of the poll panel came after the additional sessions judge refused to grant a stay on the conviction of Samajwadi Party (SP) leader Mohammed Azam Khan.

Polling will still be held on December 5 along with the second phase of Gujarat elections and other bypolls, including the one for Mainpuri Lok Sabha seat which fell vacant after the demise of SP leader Mulayam Singh Yadav.