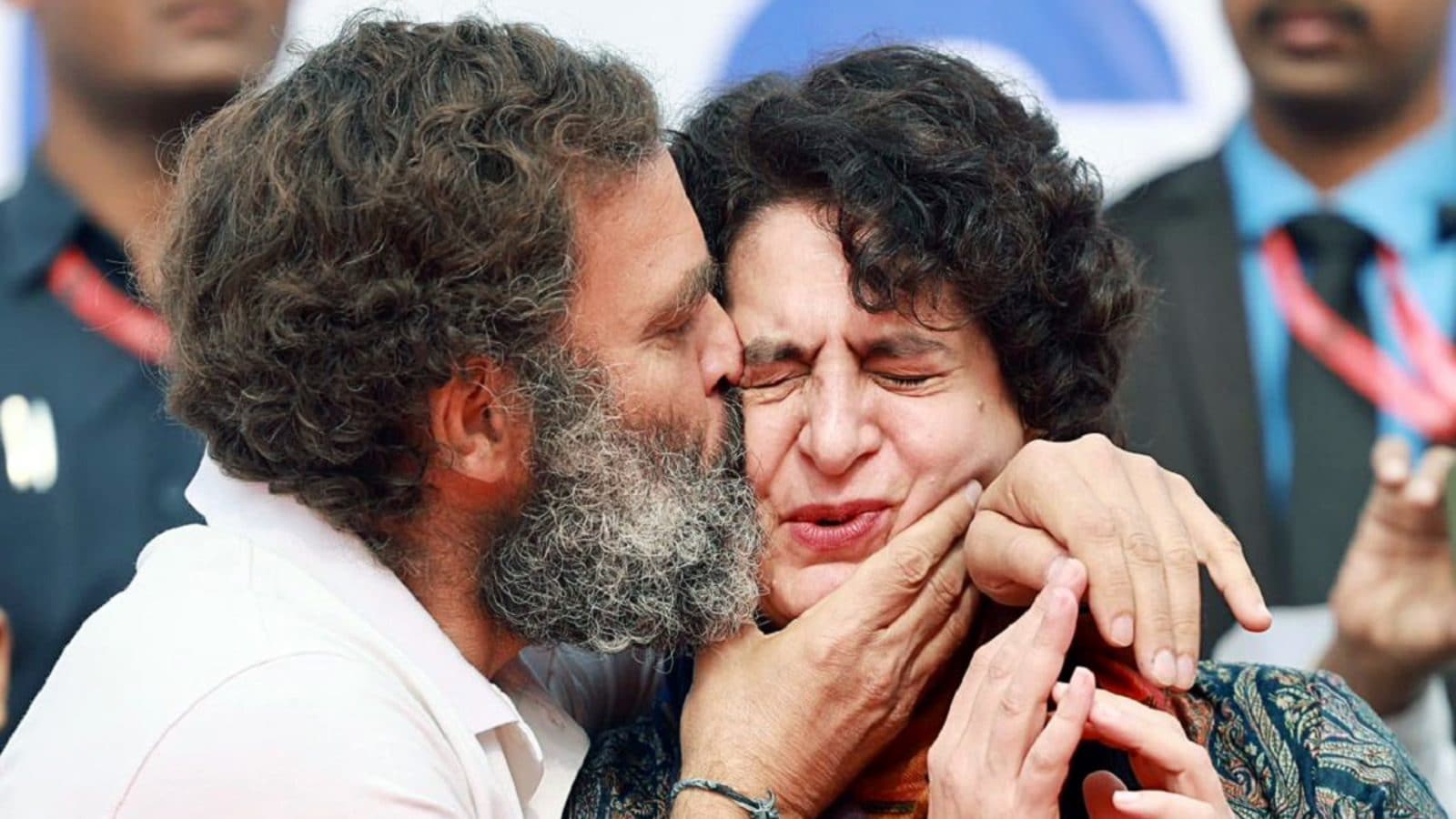 Congress leaders Rahul Gandhi and Priyanka Gandhi Vadra during a ceremony to hand over the national flag to Uttar Pradesh (UP) Congress President Brijlal Khabri to start the UP leg of party’s ‘Bharat Jodo Yatra’, in Ghaziabad, Tuesday, Jan. 3, 2023.(PTI)

Singh, who fought and lost the 2019 Lok Sabha election from Rae Bareli, also predicted that Congress leader Sonia Gandhi would lose in 2024 general elections and “will be the last foreigner to exit from Rae Bareli”

The war of words between the BJP and the Congress is intensifying and getting increasingly below the belt.

Uttar Pradesh Minister Dinesh Pratap Singh has now questioned Congress leader Rahul Gandhi’s public display of affection for his sister Priyanka Gandhi Vadra and asked, “Which Pandava kisses his sister at the age of 50 in a public gathering?”

The Gandhi siblings were seen bonding on the stage during the Congress’s ‘Bharat Jodo Yatra’.

“A Sangh pracharak “takes oath to remain unmarried and dedicates himself to nation-building without any greed,” he said.

“If Rahul Gandhi is calling the RSS ‘Kauravas’, does that mean he is a Pandava? If he sees himself as Pandava, did the Pandavas kiss their sister in a public gathering like Rahul Gandhi did at the age of 50?” Singh asked.

“It is not our culture because Indian culture does not give permission for such things,” he added.

Singh, who fought and lost the 2019 Lok Sabha election from Rae Bareli, also predicted that Congress leader Sonia Gandhi would lose in 2024 general elections and “will be the last foreigner to exit from Rae Bareli”.

“When it comes to visiting Rae Bareli, she (Sonia Gandhi) always says she is not well but she is seen walking with her son Rahul Gandhi in the ‘Bharat Jodo Yatra’ to promote him. In 2024, she will not be an MP and will be the last foreigner to exit from Raebareli,” Singh said.

Political Parties Should Work for Welfare of Followers of Sant Ravidas: Mayawati

TMC Members Working for Own Benefits Have No Future in the Party: Abhishek Banerjee