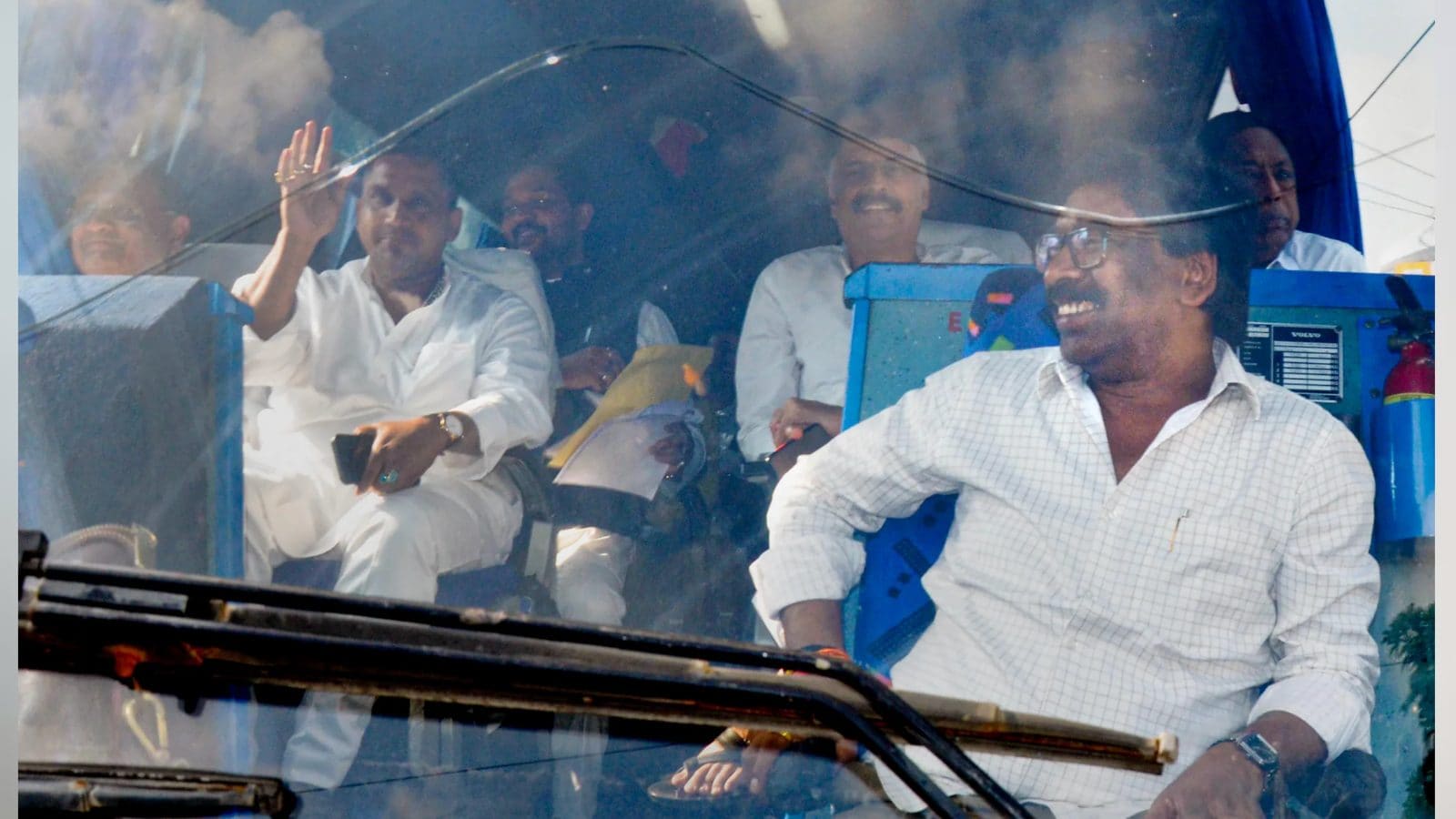 At least 30 MLAs of the ruling UPA coalition in Jharkhand camping in a resort near the Chhattisgarh capital since August 30 flew back to Ranchi in a chartered aircraft on Sunday afternoon to attend the special session of the Assembly scheduled for Monday, sources said. Fearing poaching of its MLAs by the opposition BJP to topple the government, Chief Minister Hemant Soren’s Jharkhand Mukti Morcha (JMM)-led alliance had shifted the legislators to a luxurious resort in Nava Raipur.

The chartered aircraft with 30 legislators and some other leaders of the JMM and Congress on board took off from the Swami Vivekananda Airport in Raipur after 3:45 pm, a Congress leader said. The MLAs and other leaders were taken to the airport in a bus escorted by a convoy of police vehicles. The MLAs were seen waving at media persons before entering the airport.

Hemant Soren will seek a vote of trust during the special session of the Legislative Assembly on Monday. A total of 32 MLAs of the ruling UPA coalition were on August 30 taken to Mayfair Golf Resort in Raipur.

Four of them returned to Ranchi to take part in a cabinet meeting held on Thursday. The JMM has 30 MLAs, the Congress 18, and the RJD one. The main opposition BJP has 26 MLAs in the Jharkhand House.