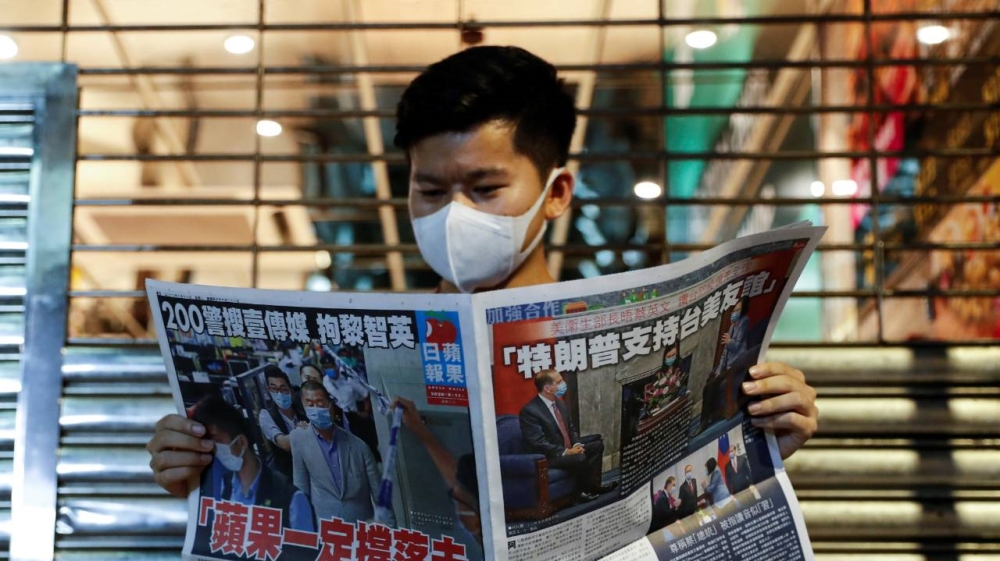 US Secretary of State Mike Pompeo has denounced China for the arrest of Hong Kong media tycoon Jimmy Lai, who he called a “patriot”, and said the move indicated that Beijing is unlikely to change its position on the financial hub.

Lai’s arrest under a sweeping new security law comes amid Beijing’s crackdown against pro-democracy opposition in the city and further stokes concerns about media and other freedoms promised when it returned to China in 1997.

“Lai was nothing more than a patriot who wanted good things for the people of Hong Kong,” Pompeo told the Conservative Political Action Conference.

“I’m not optimistic given what we saw this morning … that they’re going to change what they’re doing,” he added, referring to the Chinese government.

Aside from Lai, two of his sides were also arrested, as well as a freelance television producer and a member of the pro-democracy movement, Agnes Chow. Lai’s media company, including his newspaper, Apple Daily, was also raided.

Tensions between the world’s top two economies have been increasing daily.

Later on Monday, Pompeo took a fresh swipe at Chinese-owned video-sharing app TikTok, repeating that it presented a national security threat to Americans due to what he said was the obligation of all such companies to the Chinese Communist Party.

“The United States is aware that these companies are being used for China’s national security purposes,” Pompeo said in an interview on Newsmax, without offering concrete evidence of such use.

President Donald Trump has unveiled sweeping bans on US transactions with the Chinese owners of TikTok and messaging app WeChat.

Pompeo said the US would take action to ensure that Hong Kong is treated as an extension of China after Beijing passed its national security legislation in June, prompting Washington to end the territory’s special status.

He said he feared that Hong Kong might have had its last democratic election, in an apparent reference to 2019’s lower-level district council elections.

Hong Kong leader Carrie Lam last month postponed a September 6 election for seats in the city legislature for a year because of a spike in novel coronavirus cases. The US said it was the latest example of Beijing undermining democracy in the territory.

Since then, Lam and several Hong Kong officials have been targeted with US sanctions. In response, China slapped sanctions against US officials, including two senators: Marco Rubio and Ted Cruz.