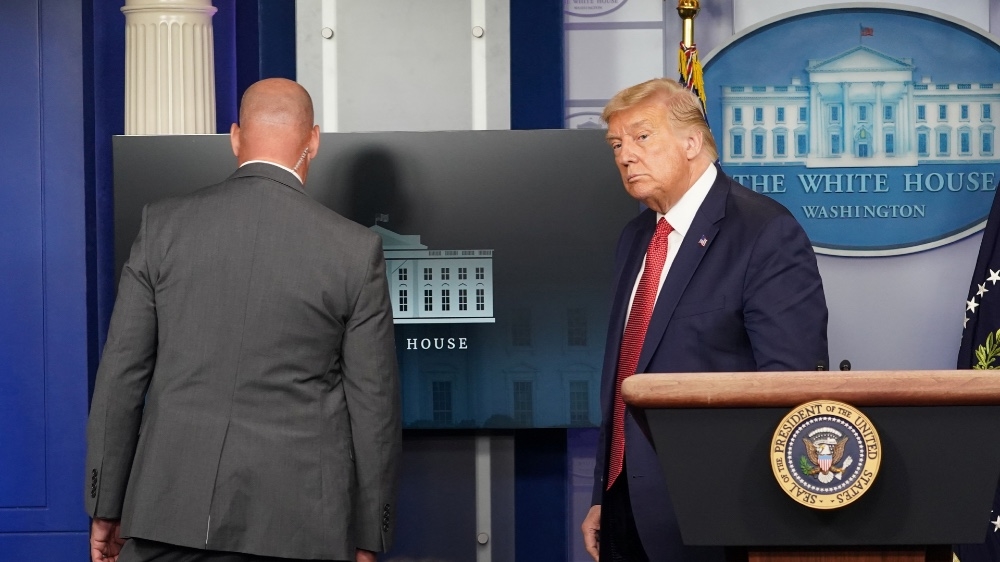 US President Donald Trump abruptly left an on-camera briefing at the White House Monday then returned a few moments later saying a “shooting” outside the grounds was now “under control”.

Trump said the shooting was near the edge of the White House grounds, and that he understands the suspect was armed and had been taken to the hospital.

The president had been speaking to reporters in the James S Brady press briefing room at the White House, when a Secret Service agent came and escorted him to the Oval Office, Trump said.

Treasury Secretary Steven Mnuchin and Office of Management and Budget Director Russ Vought were also taken out of the room, and the doors were locked.

Trump returned to the briefing room soon after and said the Secret Service would offer more details later on Monday.

“It was a shooting outside of the White House,” Trump said. “It seems to be very well under control … But there was an actual shooting, and somebody has been taken to the hospital. I don’t know the condition of the person.”

Trump said he does not believe the suspect got past the perimeter of the White House.

“I don’t think anything was breached,” Trump told reporters.

This is a developing story. More soon.