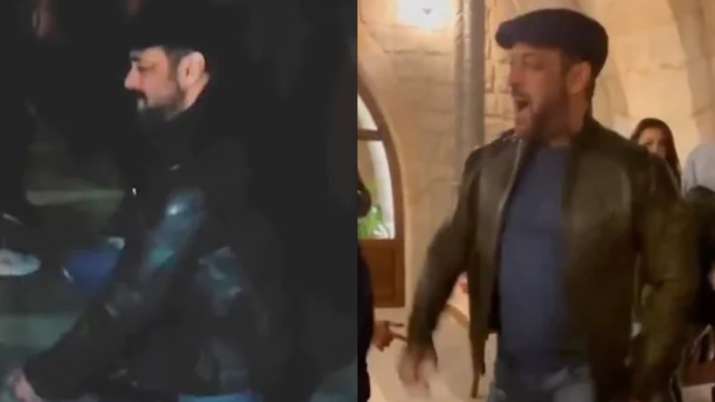 Salman Khan is shooting for Tiger 3 in Turkey with Katrina Kaif. The actor has been constantly treating his fans with updates from the shoot and fans have been eyeing every detail about the superstar. After a look of the actor from the film went viral on social media, a behind-the-scenes video of Salman dancing to his popular song, “Jeene Ke Hain Chaar Din”, from the film Mujhe Shaadi Karogi is doing rounds on social media. In the video, he is seen doing the signature step of the song as the crowd cheers him loud.

Take a look at the viral video:

Meanwhile, the actor also treated his fans to a beautiful picture of him enjoying the sunrise in Turkey. On Monday morning, the superstar took to social media to share a mesmerising view of the sunrise. In the photo, he is seen standing and gazing into the distance with a beautiful view in the backdrop.

Not only Salman, but the leading lady of the film, Katrina Kaif also makes sure to keep updating her fans about her schedule. Recently, she glammed up in a lavender floral dress and shared pictures on Instagram. A few days, she also shared a video of herself casually strolling in the city.

The shooting of ‘Tiger 3’ was put on hold due to the global outbreak of Covid-19. The filmmakers are yet to announce the release date of the film.