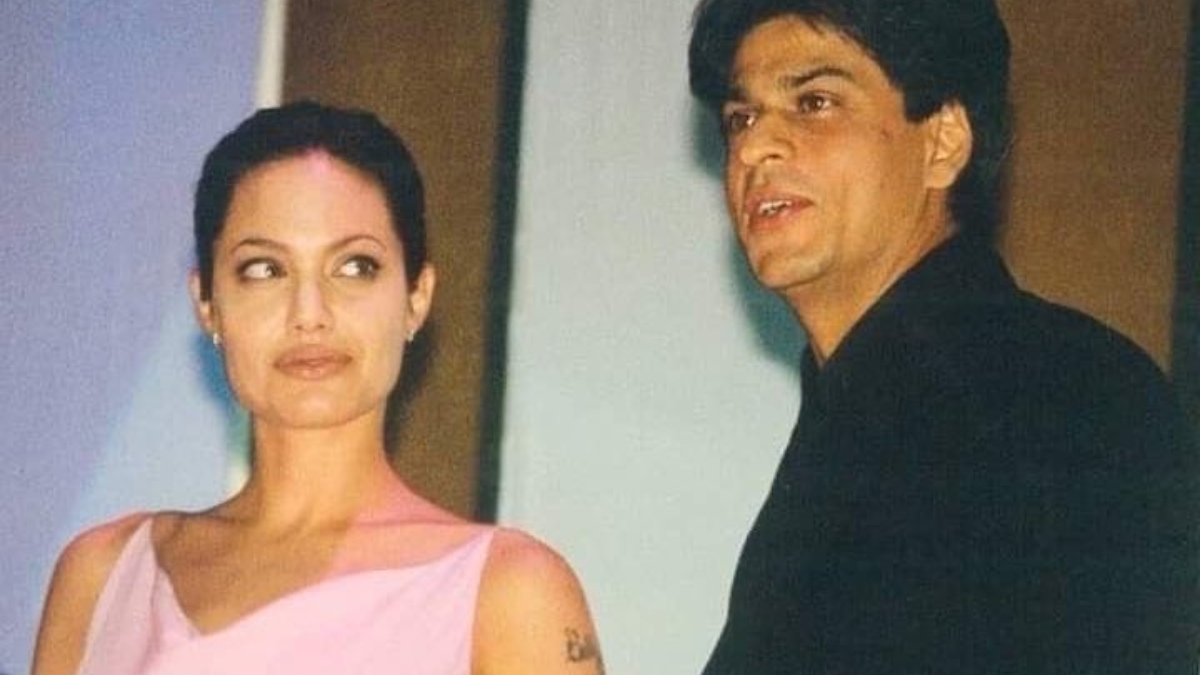 Shah Rukh Khan has always been a charmer and when he shared the stage with Angelina Jolie, the duo looked incredible together, to say the least. Some 20 years ago, the superstars from Bollywood and Hollywood came together to present an award. Ever since the photos and videos from the event went viral on social media, netizens have been in disbelief to see them share the stage.

In the viral photos & videos, the Bollywood actor is seen holding Angelina’s hand as they walk onto the stage. After SRK gives a brief introduction of the Hollywood star she takes over the mic to address the audience saying, ‘Namaste India Walon’. The crowd enthusiastically responds to Angelina with loud cheers and claps.

For the unversed, these visuals are from the first edition of the Indian Film Academy Awards (IIFA Awards). They were held at the Millennium Dome in London in the year 2000. Shah Rukh and Angelina presented the best actress award to Aishwarya Rai for her impeccable performance in the film Hum Dil De Chuke Sanam (1999). However, Aishwarya wasn’t present at the event to collect the award. It was the film’s director Sanjay Leela Bhansali who accepted the award on her behalf.

As SLB went up on the stage, SRK managed to make Angelina and the audience laugh with his witty joke. As he requested Bhansali to say something, he said, “We have to make sure that Angelina knows this (Sanjay Leela Bhansali) is not Aishwarya Rai.” Upon hearing this, Angelina was seen laughing hard. Watch the video here:

Meanwhile, Shah Rukh Khan is coming back to the big screen after four years with Pathaan. The film is the first of SRK’s three films after a hiatus of over four years for the actor. Earlier, he was seen in the 2018 movie ‘Zero’ which tanked badly at the box office. The spy action film also stars Deepika Padukone and John Abraham.

Pathaan presents the story of an Indian spy who can get into any system or circle given his stealth and chameleon abilities to merge with the world that he resides in. It is produced by India’s premier studio conglomerate Yash Raj Films, and will drop in theatres on January 25.