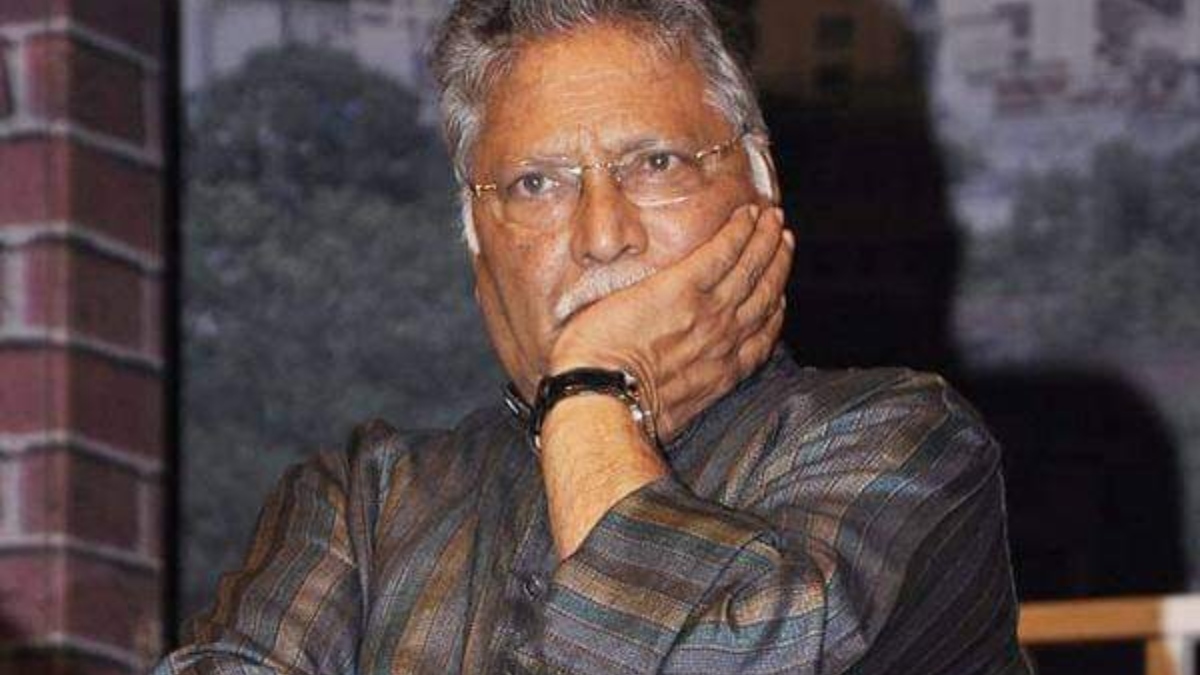 Vikram Gokhale Health Update: The health of veteran actor has slightly deteriorated and he continues to be on ventilator support, the authorities of a city-based hospital, where he is undergoing treatment, said on Saturday. Gokhale, 77, has been undergoing treatment at the Deenanath Mangeshkar Hospital in Pune for the past few days following health complications. According to the latest update Gokhale is back on BP support medication.

“Noted actor Vikram Gokhale continues to be on ventilator support and (his health has) slightly deteriorated further. He is back on BP support medication,” said Shirish Yadkikar, spokesperson of the hospital.

On Friday, the thespian was showing slow but steady improvement, following which the doctors said that he is likely to be off the ventilator support in 48 hours. However, things appear to be different today.

Meanwhile, in the early hours of Thursday (November 24), a rumour about his death surfaced on social media following which several Bollywood celebrities took to Twitter to express condolences. However, his daughter refuted the news saying that he is on life support and in critical condition. After a few hours, Gokhale’s wife Vrushali shared an update regarding his health stating that he “has multiorgan failure.”

In a statement quoted by ANI, Vrushali said, “Mr Vikram Gokhale is critical since last 24 hours. Doctors are trying their best. He is not responding to the treatment as expected. He has multiorgan failure.”

Gokhale, an artist equally at home in theatre, television and movies, has acted in several Marathi and Bollywood films. The actor made his film debut at the age of 26 in 1971 in Amitabh Bachchan-starrer ‘Parwana’. Over a career spanning more than 40 years, Gokhale has appeared in various Marathi and Bollywood films, including ‘Agneepath,’ starring Amitabh Bachchan in 1990, and ‘Hum Dil De Chuke Sanam,’ with Salman Khan and Aishwarya Rai Bachchan in 1999. He was last seen in ‘Nikamma’ alongside Shilpa Shetty and Abhimanyu Dassani. The film hit the theatres in June this year.

Son of prominent Marathi theatre and cinema actor, Chandrakhant Gokhale, Vikram donned the director’s hat in 2010 with Marathi film “Aaghaat”. He won the National Film Award for Best Actor category for his Marathi film “Anumati”. He was also conferred the Sangeet Natak Akademi Award in 2011 for his Acting in Theatre.

His latest release is the Marathi film “Godavari”.