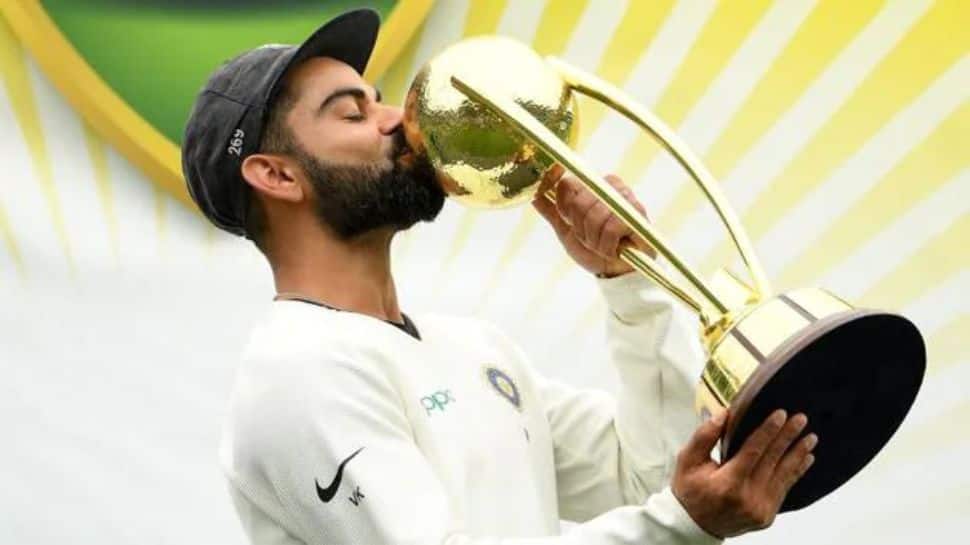 Former South African captain Graeme Smith praised the Indian cricket team for “taking Test cricket seriously”, especially under the leadership of their star batter Virat Kohli. He also believes that the longest format of the game could shrink to five or six nations in future. The 2023-27 Future Tour Programme was announced by the International Cricket Council earlier this week, as per which England (43), Australia (40) and India (38) will play the most tests, but South Africa will get to play only 28 while Pakistan will also get only 27 Tests to play.

On this day in 2021 – Captain Virat Kohli spoke the probably most iconic line in the huddle speech on ground in test cricket “For 60 overs they should feel hell out there” on day 5 and India beat England in Lord’s test and win a Iconic test match. pic.twitter.com/7GliNIbfDo
— CricketMAN2 (@ImTanujSingh) August 16, 2022

“With Test cricket, it is just iconic nations or the big cricketing nations that are contributing at the moment. I think it is fantastic that, especially under Virat Kohli, India really took Test cricket seriously. They lead the way with that,” Smith said to Sky Sports. “But as long as we have got competitive teams, you are not going to have 10, 11, 12, 13 or 14 competitive teams. You might only be down to five or six nations that play Test cricket at this level,” he added.

South Africa is currently at the top of the ICC World Test Championship 2021-23 and the legendary batter believes that his side is eager to thrive in the five-day format. The 41-year-old is also the Commissioner of South Africa’s new franchise T20 League and he says that it will help the country develop its cricket across all formats. The league will start in January next year and South Africa’s top players will be available following their withdrawal from the ODI series against Australia scheduled for that time, keeping the league as their priority.

“I felt it was important for South Africa to get its own commercial league going, like the rest of the world has. For four weeks of an entire year, the priority will be the league. I fear if we had not done this South Africa could probably have lost eight to 10 players to this UAE T20 league so there has to be an element of investment to keep our players,” he said.

“There is also an opportunity for our players to interact with top players and coaches in a really professional cricket environment. Hopefully that will increase the talent pool. The key is the money will flow back into the game. It is an investment I think South Africa cricket desperately needed.

He said that the pressure is huge on nations like South Africa, New Zealand and West Indies to stay in a financially stable condition to take on big teams like England, India and Australia and to keep the sport competitive.

“I do not think world cricket can afford South Africa or one of the top nations to fade away. This league helps that and hopefully, it will flow into Test cricket standards, international white-ball standards,” he added.