Home Sport Cricket Watch: Ashton Agar Pulls off a Stunning Effort to Save a Certain... 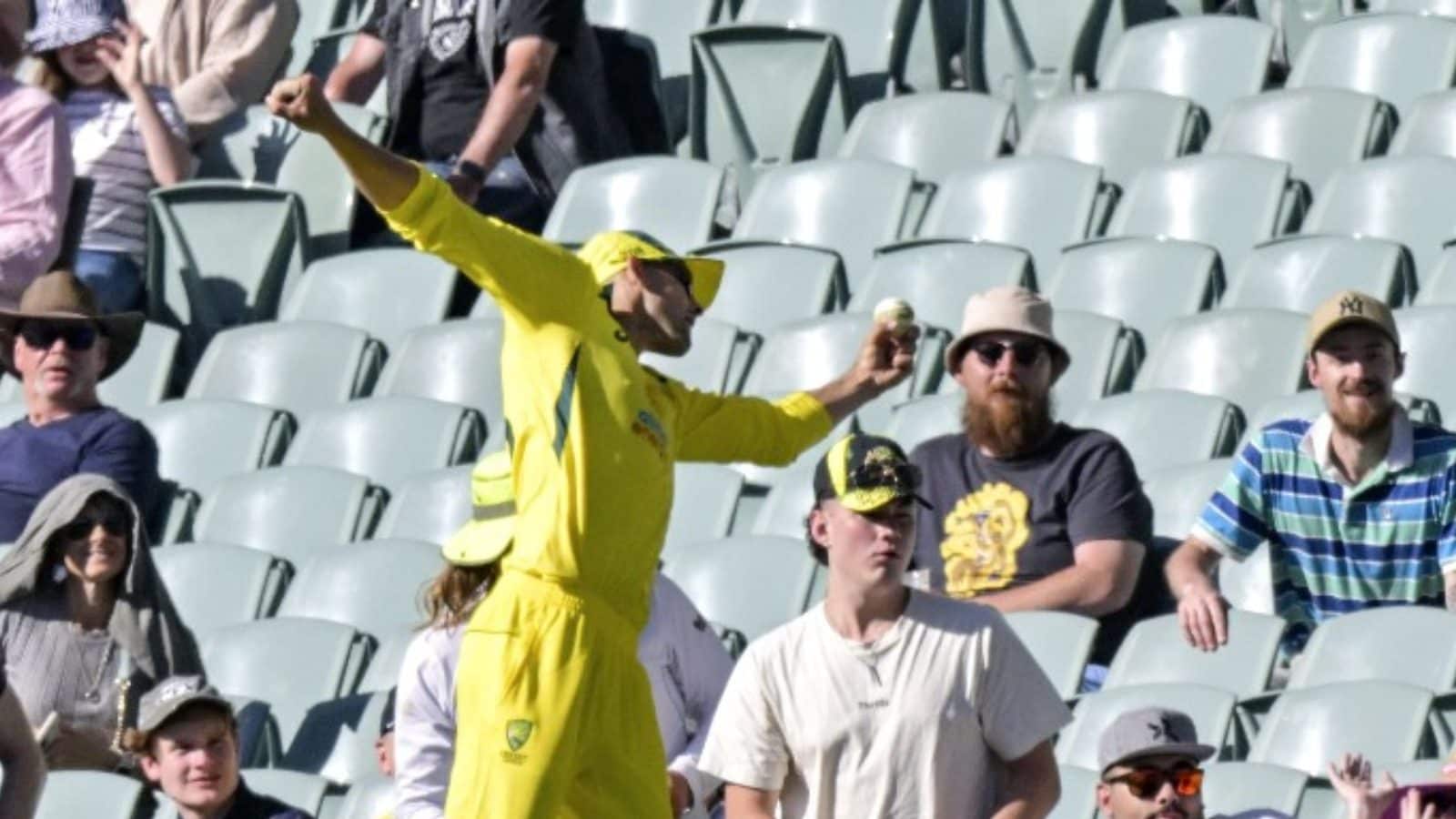 After their glorious T20 World Cup campaign, England have stayed back in Australia to compete in a three-match ODI series against the hosts. During the first encounter between the two arch-rivals, Australian allrounder Ashton Agar stole the headlines after he pulled off a superb athletic save on the boundary line to prevent a certain six at the Adelaide Oval.

The Ashes rivals did not show any fatigue from their T20 World Cup campaign and came out all guns blazing. Agar’s jaw-dropping effort came during the final ball of the 45th over of the England innings.

The centurion Dawid Malan pulled Pat Cummins’ vicious bouncer that flew towards the mid-wicket boundary. It seemed like the ball would sail over the fence but Agar who was patrolling the boundary had other ideas.

The left-arm spinner jumped into the air at full stretch and caught the ball with his outstretched left hand. It was certain that Agar’s momentum would carry him over the boundary, so he smartly flicked the ball back back into the field of play before making contact with the boundary. His immaculate awareness restricted Malan from registering another six to his name and saved five runs for his side.

The fans at the boundary line were shell-shocked by Agar’s athleticism and the video of his valiant effort went viral on social media platforms.

After suffering a humiliating Super 12 exit in the world cup, Australia came back strong in the ODI series. In the first encounter on Thursday, they were nothing short of impressive in across departments.

Australia won the toss and asked England to bat first. The Aussie quicks were right on the money from the word go and wiped out England’s top order in quick time. The tourists looked in a state of bother at one stage with the scorecard reading 118/5.

However, Malan mounted a brilliant revival, backed by the lower order, to help the visitors post a challenging total on the board. His brilliant knock of 134 runs off just 128 deliveries propelled England to 287/9 in the stipulated 50 overs.

Chasing the target, the Australian openers, who were on the attack from the start, set the tone for a comfortable win. David Warner and Travis Head quickly added 147, with both players scoring half-centuries.

After the two openers returned to the pavilion, Steve Smith took up the responsibility and stayed until the end. His 78-ball-80 led the Aussies to a an easy six-wicket victory.

With a 1-0 lead, Cummins and his men will look to put the series to bed when the two sides meet on Saturday at the Sydney Cricket Ground for the second ODI fixture.

‘Pathetic Batting, Energy Levels Not up to the Mark’: Ex-Pak Cricketer Slams Hardik & Co for Poor Show in Ranchi

‘When The competition is Very High, Such Things Can Happen’: India Allrounder Defends Under-fire Arshdeep Singh