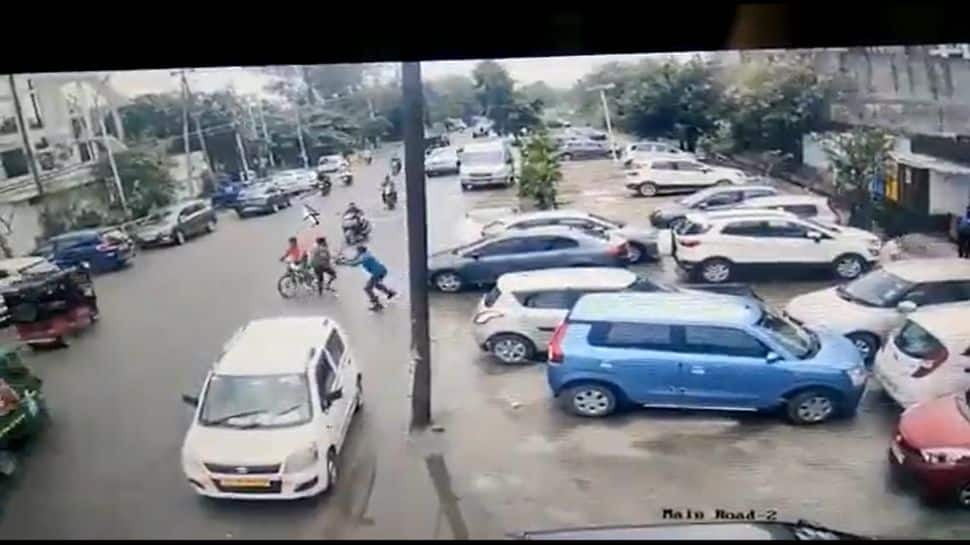 Noida: Two youths were beaten up by the guards of a hospital in Noida Sector 110 following a dispute over the parking of a car. A video of the incident has gone viral.

In the video, the youths are seen being thrashed by the guards of Yatharth Super Specialty Hospital. The entire incident was captured in a CCTV installed nearby and now the video of the incident has gone viral.

It is alleged that the guards of the hospital thrashed the youths with iron rods.

According to the information received, the youths parked their car in the parking lot along with the vehicles parked outside the hospital. The guards asked them not to park the vehicle there, following which an altercation broke out. Thereafter, some bouncers and guards came out from the hospital and beat the youths with iron rods.

Officials of police station Phase 2 said that they would register a case after they receive a complaint in connection with the incident. The hospital authorities however refused to talk in this regard.