Home India WATCH: How Indian kite takes the bite out of Pakistan drones 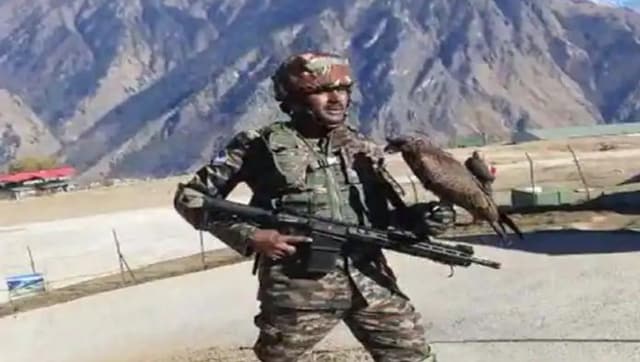 On Tuesday, the Indian Army demonstrated the capability of trained Kites to take down small drones from Pakistan at Auli in Uttarakhand Image Courtesy ANI

Auli (Uttarakhand): With Pakistan increasingly using drones to smuggle drugs and weapons into India, security agencies have been making extensive preparations to combat the new menace.

As part of these efforts, the Indian Army has been training kites to identify and take down small drones.

On Tuesday, the Indian Army demonstrated the capability of trained Kites to take down small drones from Pakistan at Auli in Uttarakhand.

Auli is also playing host to the 18th edition of Yudh Abhyas, the joint training exercise held annually by the Indian Army and their American counterparts.

First held in 2002, Yudh Abhyas – the annual joint exercise by the Indian Army and the US Army – are intended to promote defence co-operation and a better understanding of each other’s military doctrine between the two nations.

“The joint exercise is conducted annually between the armies of the two countries to exchange best practices, tactics, techniques and procedures,” the Indian government said in a statement.

The training schedule focuses on the employment of an integrated battle group under Chapter VII of the UN Mandate. The schedule will include all operations related to peacekeeping and peace enforcement. The troops from both nations are working together to achieve common objectives.

The joint exercise is also focusing on Humanitarian Assistance and Disaster Relief (HADR) operations. Troops from both nations are also practicing launching of swift and coordinated relief efforts in the wake of any natural calamity.