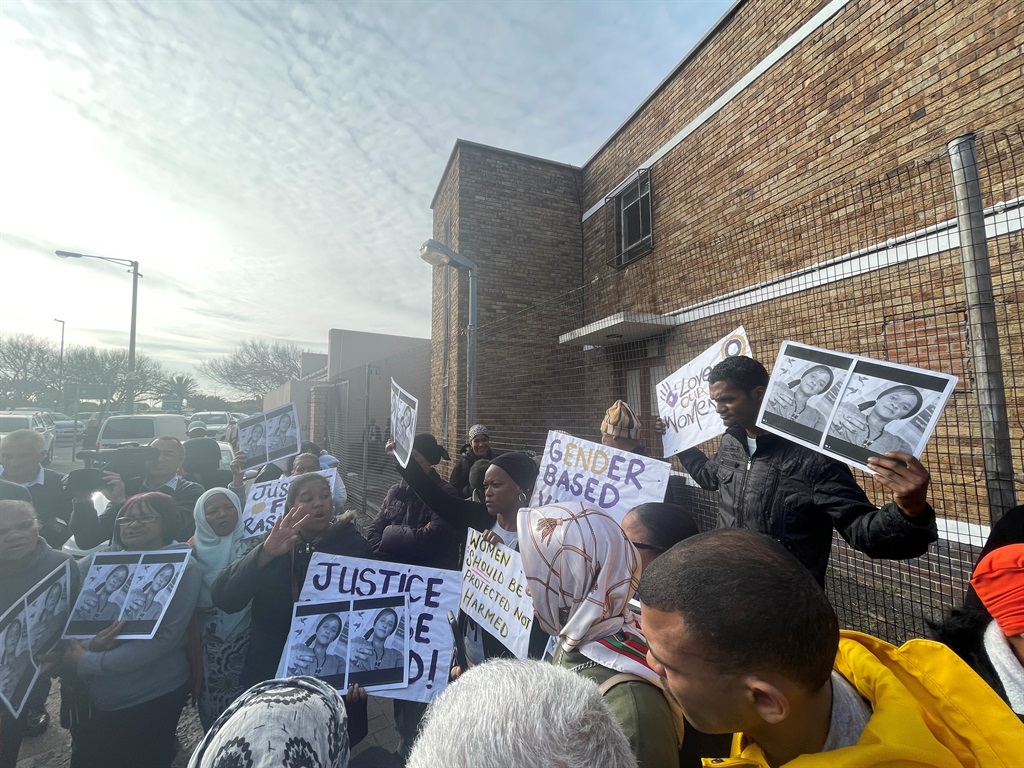 Emotions ran high outside the Athlone Magistrate’s Court on Monday, where Hanover Park residents managed to corner Police Minister Bheki Cele, demanding that he address the scourge of violence against women.

Residents gathered outside the court for the appearance of an 18-year-old who was arrested in connection with the murder of crime activist Rashieda Brown, 44.

Armed with posters reading, “Women should be protected, not harmed” and “Justice for Rashieda”, they urged Cele to ensure justice for Brown prevails.

Resident Shireen Petersen told Cele that Brown’s children would grow up without a mother.

We want justice for this murder. We want everyone who kills a woman never to get bail; they must throw the [jail] key away. They don’t deserve to be outside.

“It can’t carry on like this. We want justice for this. What about this woman’s children that must still grow up?” she added.

In response, Cele said he hoped justice would be on the side of residents.

“We hope the accused does not get bail so that it can bring peace and closure to the family,” he added.

Brown was shot in the head inside her Wendy house in Athburg Walk. She was declared dead on the scene by medics. The mother of six kids was a member of the Mount View Walking Bus and a well-known crime activist.

Eighteen-year-old Nigel Abrahams faces charges of murder and illegal possession of a firearm.