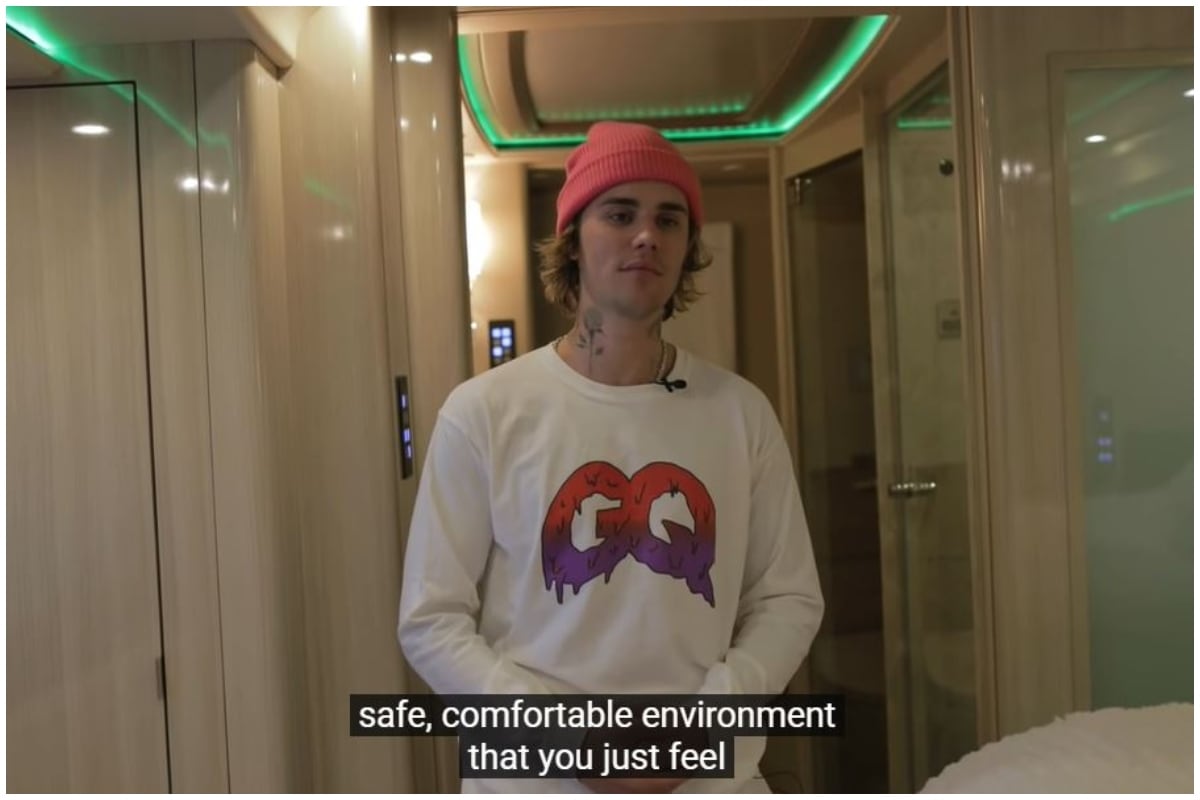 Justin Bieber gives a tour of his plush tour bus.

Justin Bieber’s tour bus is a plush apartment that comes with a cozy bedroom, working space, infrared sauna, and a steam shower.

When a global pop star like Justin Bieber has to hit the road for his music tour, he makes sure that he puts his comfort at the utmost priority. So when the Canadian singer gave his fans a tour of his tour bus through GQ, it was no surprise that it looked super luxurious. Bieber’s tour bus is a plush apartment that comes with a cozy bedroom, working space, infrared sauna, and a steam shower.

In a video shared by GQ, the singer was seen welcoming his viewers for a virtual tour of the tour bus that was well lit with led lights, and adorned with scented candles, flower vase, and photo frames of him with wife Hailey Bieber. In the eight minute and seven second video Bieber also revealed that his favourite part of the tour bus is the colorful LED wrap around the ceiling of the vehicle which offers some mood lighting. Adding a personal touch to the interiors of the tour bus, Bieber has also put up some art pieces by an artist friend Joe Termini.

The video opens with Bieber welcoming the viewers into the main living space which features a massive TV where he was watching the Ice hockey match between the Toronto Maple Leafs and the Ottawa Senators. The workspace also includes a not real but cozy-looking fireplace which according to Bieber adds to the “aesthetics.” Bieber had bought the tour bus in 2020 just ahead of his music tour however, with the Covid-19 pandemic and the subsequent lockdown, his tour dates were called off. This gave Bieber the opportunity to turn his tour bus into a safe mode of travelling, as he made his way from his childhood home in Canada to his current home in Los Angeles.