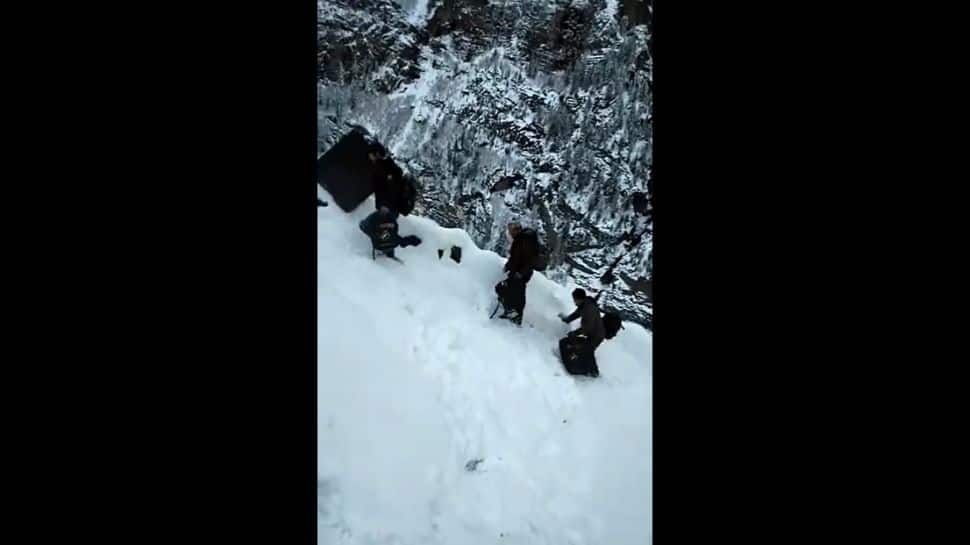 Shimla: A team of polling officials who were returning from Chasak Batori polling station in Bharmaur Assembly Constituency in the Pangi area of Chamba district had to walk for 15kms in the snow for six hours after voting for the assembly elections in Himachal Pradesh ended at 5 p.m on Saturday. In the viral video, polling officers can be seen navigating their way through a thick blanket of snow carrying EVMs and VVPATs while returning from the Chasak Batori polling station, which is situated at an altitude of 12,000 ft. There were a total of 93 registered voters at the polling station. To facilitate last-mile voting, polling officers waded through a thick blanket of snow to reach the station.

Voting for the Himachal Pradesh Assembly election ended at 5 pm today, the hill state recorded a voter turnout of around 66%. The results for the poll will be declared on December 8.

Shillai recorded the highest 77 per cent turnout while Sarkaghat recorded the lowest 55.40 per cent, among the 68 assembly constituencies in the hill state, the poll panel said.