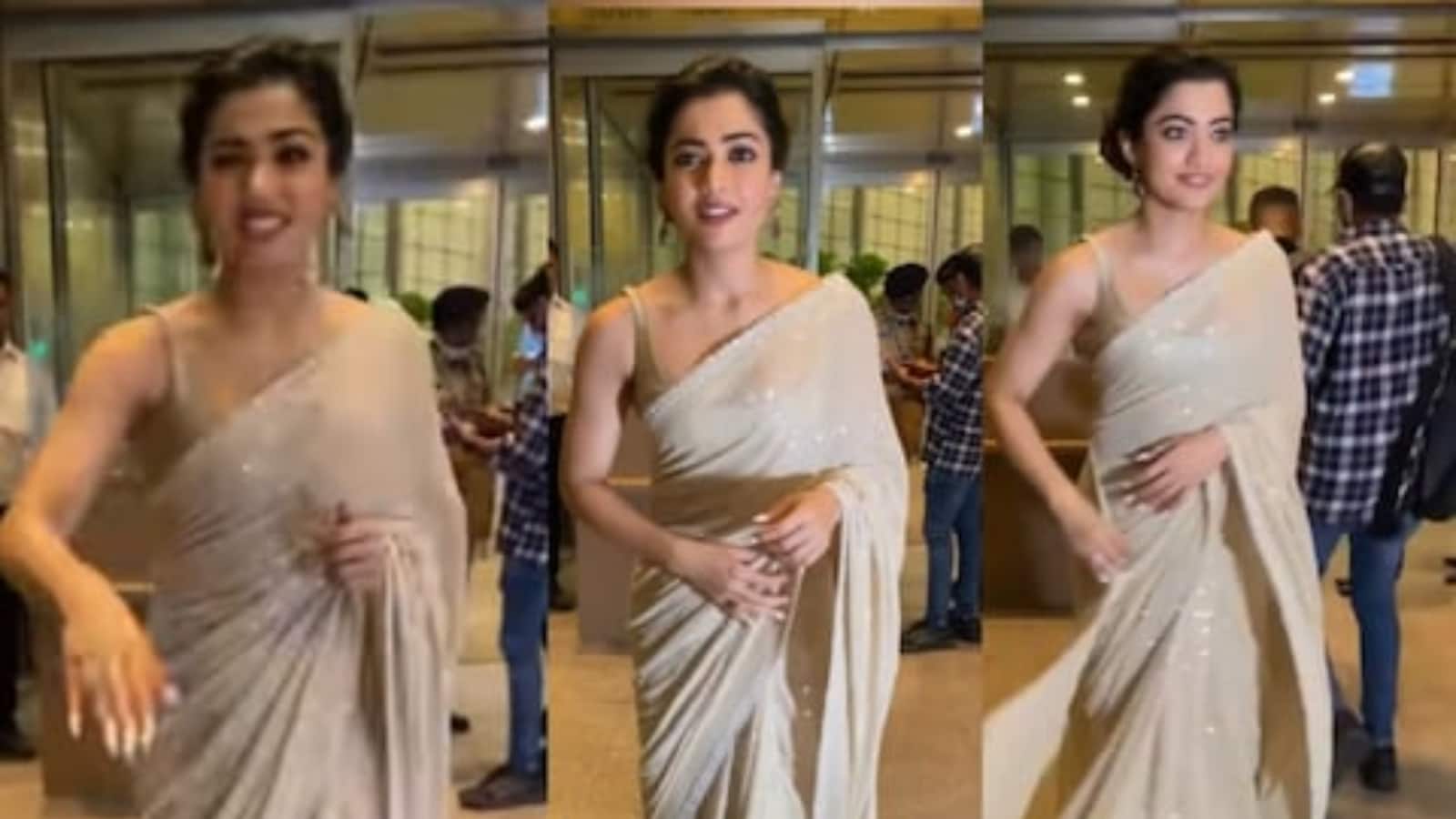 The diva looked gorgeous in a golden saree with a matching sleeveless and backless blouse.

The diva looked gorgeous in a golden saree with a matching sleeveless and backless blouse.

Rashmika Mandanna is on a promotional spree for her upcoming film Goodbye and the diva is treating us with some stunning looks of hers. But recently, apart from her usual pictures on social media, paparazzi spotted the national crush at the airport.

The diva looked gorgeous in a golden saree with a matching sleeveless and backless blouse. Her hair was tied in a messy low bun and paired with some minimal accessories. Well, that’s not the reason why the video is getting viral. It’s viral because of her adorable comments to the paparazzi. The actress was running late to catch the flight. She said, “Come jaldi jaldi jaldi and take it” when asked to pose for the cameras.

While posting the video, the user wrote, “Come jaldi jaldi jaldi and take it! How cutely she responds to the request. We wonder about kahin flight na choot gayi ho Rash ki.”

The video has already received over 80,000 views in just a few hours and the comment section is filled with so much love. One of the users said, “How beautiful she looks”, while another wrote, “Wah kya baat hai yaar kitni Soni lag rahi hai hum sab ki favourite the national crush I love you so much my baby doll.”

South star Rashmika Mandanna is all set to make her Bollywood debut in Goodbye. The film also stars Amitabh Bachchan, Neena Gupta, Sunil Grover, and Elli AvrRam. The film is bankrolled under the banner of Balaji Motion Pictures in collaboration with Reliance Entertainment. Besides Goodbye, Rashmika has a series of projects, including Mission Majnu with Sidharth Malhotra and Animal alongside Ranbir Kapoor, lined up.