Home Sport WATCH: Shaheen Afridi in tears after leaving field due to injury in... 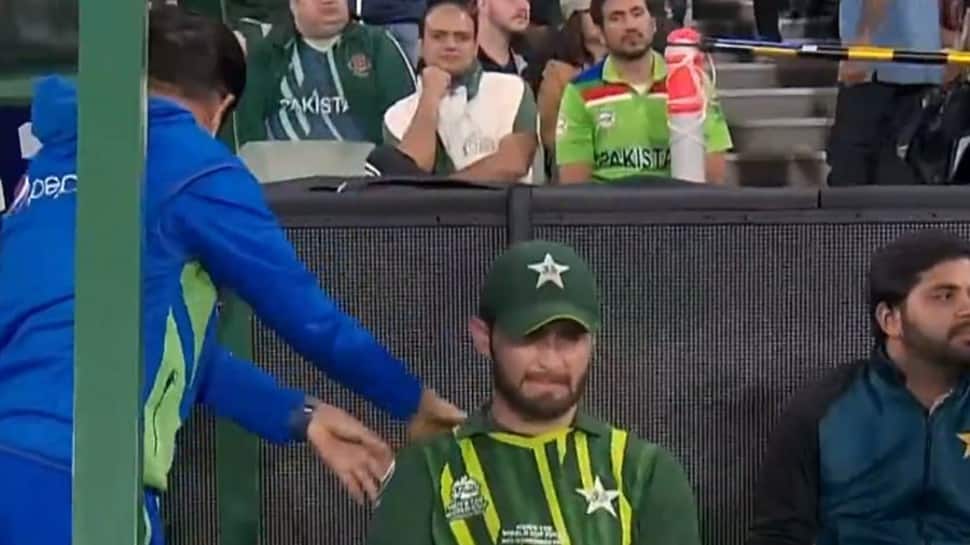 Pakistan pace sensation Shaheen Shah Afridi was left devasted on Sunday (November 13) after he endured an injury in the Pakistan vs England T20 World Cup 2022 final at the Melbourne Cricket Ground (MCG). It all started when the left-arm fast bowler took a catch of England batter Harry Brook in the 13th over of the match during England’s run chase. He left the field for medical treatment and made a return after a few overs to bowl the 16th over for Pakistan. Just after one delivery, Afridi struggled and decided that he cannot complete his over.

Pakistan fans around the stadium applauded the pacer as he was leaving the field but he was seen disgusted by his injury while sitting on the bench. He was comforted by Pakistan’s support staff and his teammates later on. Notably, Afridi made his comeback to the team after recovering from knee injury for three months and the team management would be hoping it is not a big injury this time.

Coming to the final, Player of the Match and Player of the Tournament, Sam Curran (3/12) was impressive upfront and in death overs, while Adil Rashid (2/22) was stunning in the middle overs as England’s meticulous planning and tactics, especially in the second half of the innings, meant they never let Pakistan get away at any stage to restrict them to a below-par 137/8 in 20 overs. In the chase, England lost three wickets, including captain Jos Buttler, in the Power-play. But Ben Stokes showed calmness and poise in his typical gritty style to slam an unbeaten 52 off 49 balls, also his first T20I fifty, to take England over the line with an over to spare. (With IANS inputs)