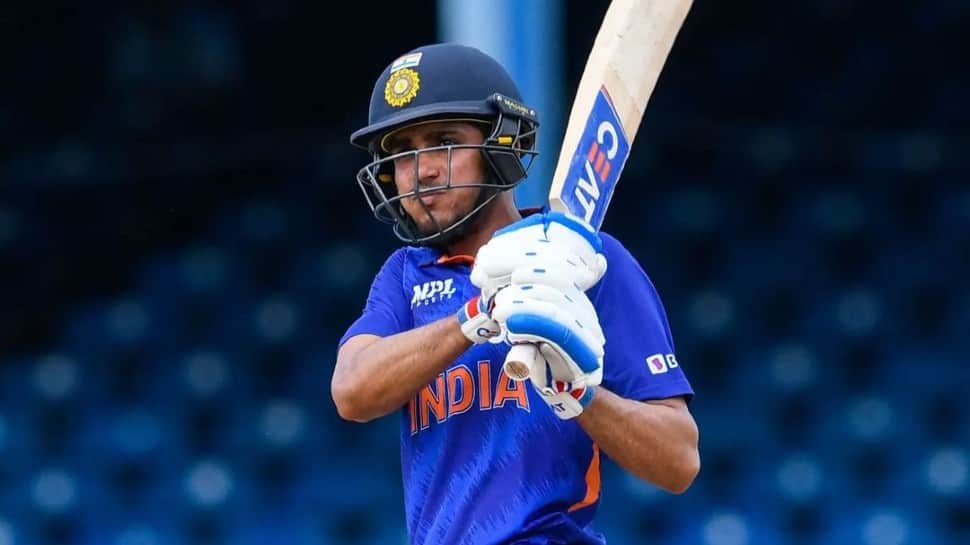 Team India opener Shubman Gill was adjudged the Player-of-the-series as Shikhar Dhawan’s side whitewashed hosts West Indies 3-0 in the ODI series. Gill came up with his career-best score of 98 not out and was unlucky not to score his maiden ODI century as rain interrupted the game for the second time.

Gill’s knock was studded with two sixes and seven fours and came off 98 deliveries. One of those two sixes was a massive one which, in fact, landed way outside the stadium.

A well-set Gill danced down the track and hit Hayden Walsh’s well-tossed up delivery for a monstrous six. It came in the 15th over of the game when Gill launched the leg-break over long-on for a maximum. It was a 104-metre six and the ball went out of the stadium.

The Punjab and Gujarat Titans opener ended up with 205 runs in the three-match series, including two half-centuries. The young batter said that it was ‘bitter-sweet’ not to reach his maiden ODI century.

“It was bittersweet, I was expecting to get 100. It was not under my control as it rained, but I was happy with my innings,” Gill said at the post-match presentation ceremony.

Gill scored 63 and 41 in the first two matches and was criticised for throwing his wicket away in the first two games. “I was disappointed with how I got out in the first two matches, I tried to rotate strike. After the rain break, we let our instincts take over. I just wanted one more over when we walked out before the last break. The wickets were good, I thought the ball was gripping after 25-30 overs but they were great,” Gill added.