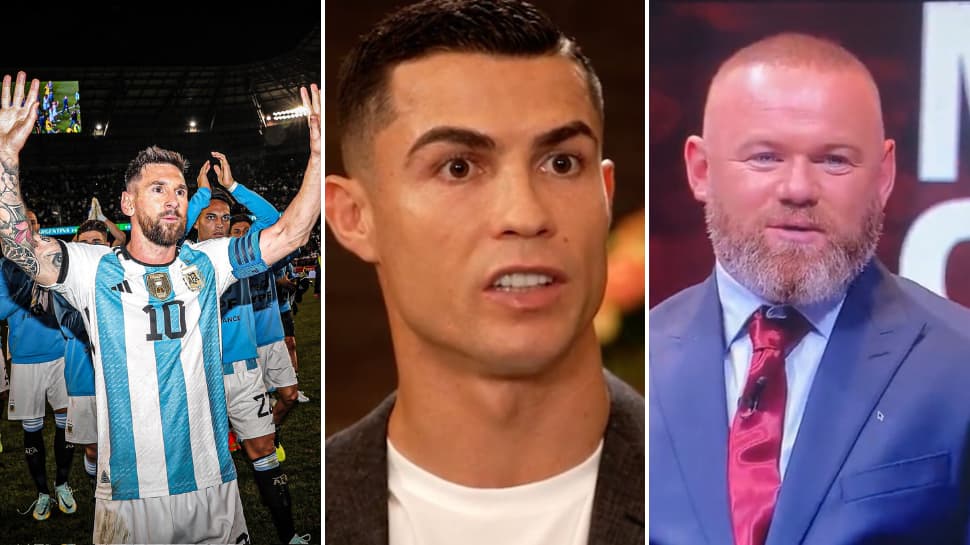 FIFA World Cup 2022 Qatar: Former England international Wayne Rooney had an interesting answer when he was asked who will he bench, start and drop among Lionel Messi, Cristiano Ronaldo and Harry Kane. Notably, it was the first time since Rooney spoke about Portugal captain Cristiano Ronaldo since his explosive interview with Piers Morgan which has created some very chaotic headlines in recent weeks. Ronaldo was vocal about his relationship with his former Manchester United teammate answering the question whether he was friends with Neville and Rooney, he said, “they are not my friends.”

Rooney had criticised Ronaldo’s attitude at Man United after the forward refused to come on as a substitute against Tottenham Hotspur and left the dugout before full-time. Coming to Ronaldo, he said, “I don’t know why he (Rooney) criticises me so badly… probably because he finished his career and I’m still playing at high level,” Ronaldo said in an interview with The Sun.

Coming to Messi and Ronaldo, both players are likely play their last FIFA World Cup in Qatar which is also their fifth for Argentina and Portugal, respectively. Ronaldo is currently the leading goal-scorer of football whereas Messi is the man with most Ballon d’Ors won by any footballer. Both players have shared the top stage for over 15 years now and it will be an end to their era after the Qatar FIFA World Cup in international football. While Messi has not revealed his retirement age yet, Ronaldo has recently told that he aims to play till he’s 40 years of age but also added that nothing goes as planned in life so it can happen before he turns 40 as well.