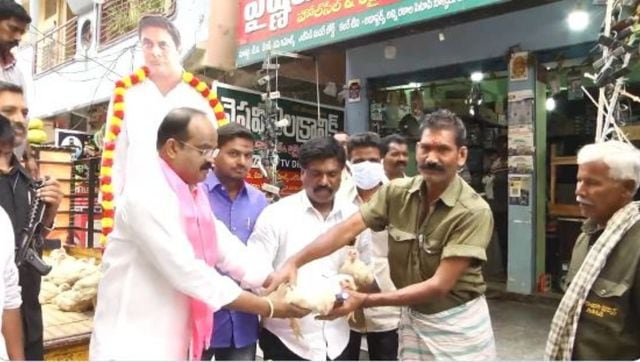 In a video shared by ANI, Srihari can be seen distributing liquor bottles and chicken to people.

Though the release did not mention about the agenda, it is expected that the TRS president Rao, popularly known as KCR, may reveal the details of his approach towards national politics and will discuss it with the rank and file of his party.

“The Chief Minister reiterated that, as announced earlier, the party general meeting will be held at 11 AM on 5 October in Telangana Bhavan. Leaders are requested to attend the meeting within the specified time,” it said.