Home Sport ‘We should be able to…’: Sachin Tendulkar breaks his silence after India... 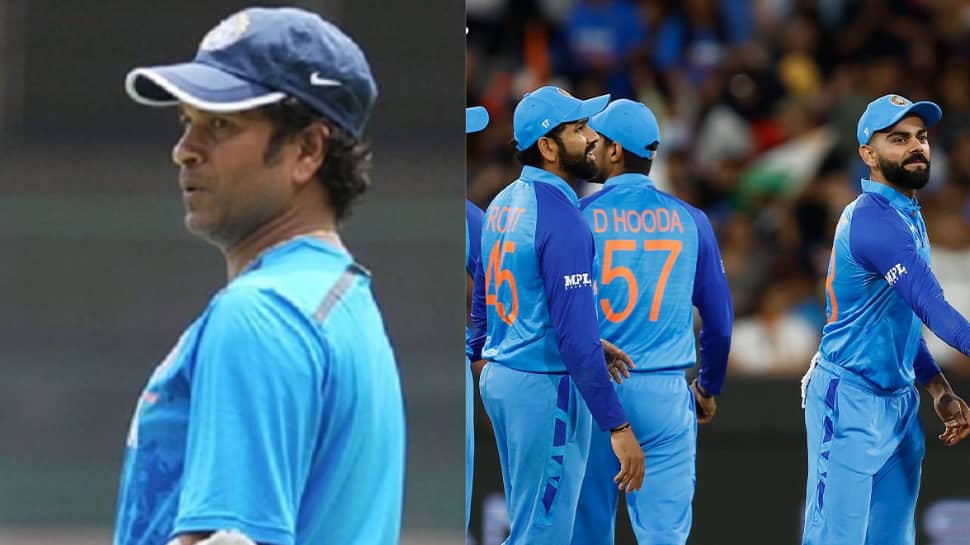 Team India will be flying back home after getting knocked out of T20 World Cup 2022 on Thursday. Jos Buttler’s England turned out to be too good and too much for Rohit Sharma’s India in the second semi-final at the Adelaide Oval as they inflicted a 10-wicket loss on Men In Blue. India have failed to win the World Cup yet again. Their only T20 World Cup win remains that of 2007 when they beat Pakistan in the final in South Africa in the inaugural edition. Indian great Sachin Tendulkar has now reacted to India’s ouster. He says that time has come to support the Indian team as they must be feeling very low.

Also Read: ‘India were under pressure because…’, Shoaib Akhtar makes a BIG statement after India get knocked out of T20 WC

“A coin has two sides, so does life. If we celebrate our team’s success like our own then we should be able to take our team’s losses too… In life, they both go hand in hand,” Tendulkar wrote on his Twitter after India’s 10-wicket loss to England.

A coin has two sides, so does life.

In life, they both go hand in hand.#INDvsENG

What Sachin said is right. Team India must get support from the fans as they are down and out and must be feeling really bad. Trolling and abusing players online is not a good sign of a sport-loving country. However, it is also true that Indian team players won’t be able to escape scrutiny especially after such a poor outing in the semi-finals. The fact that England outclassed and outplayed India in all three departments and won the match by 10 wickets shows how poor the team played in such a big match.

There will be questions raised on captaincy, coaches and selectors as well. India have now forgotten how to win ICC trophies, their last victory dating back to Champions Trophy in 2013. It is about time BCCI does course correction and readies a squad for the next World Cup in 2024.