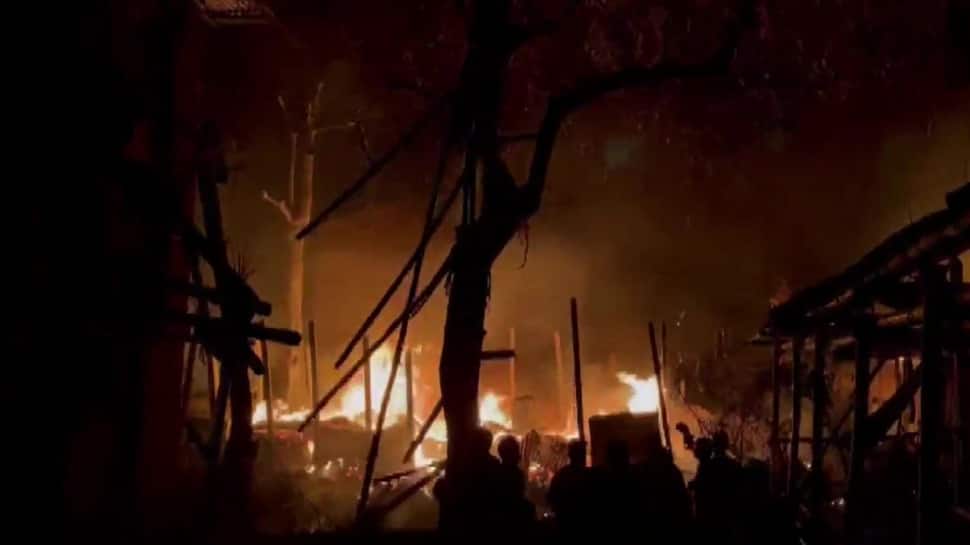 New Delhi: At least three people, including a firefighter and a child, were seriously injured in a major fire that broke out in a slum in Siliguri city in northern West Bengal on Saturday evening, fire officials said. Several hundred houses and shops were feared to have been gutted in the blaze that erupted around 8 pm in Rana Bustee in ward number 18 of the city. The blaze could be brought under control by eight fire tenders after several hours of firefight.

West Bengal | A massive fire broke out in the Bagracote area of Jalpaiguri today. Six fire tenders were at the spot to douse the fire. Fire brought under control, say police. pic.twitter.com/QdMwAoCvZD
— ANI (@ANI) November 19, 2022

Union Minister of State for Education Subhas Sarkar, who was in the city, visited the spot and took stock of the situation. Commissioner of Police Akhilesh Chaturvedi said that the cause of the fire was yet to be ascertained.

Several cylinders exploded causing the blaze to spread rapidly in the densely populated slum which was home to around 2,000 people. Residents said they ran out of their houses when the blaze spread and did not find any time to get their valuables. Ward councillor Mili Sinha was seen consoling the slum-dwellers.