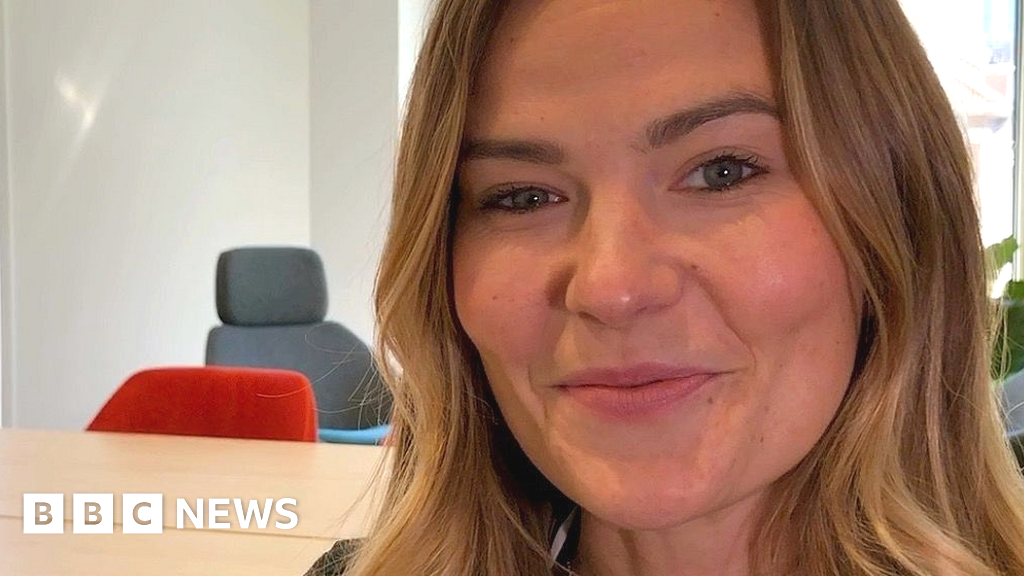 For five years now, we have been meeting business leaders for the CEO Secrets series, inviting them to share their inspirational advice in short videos. More than 200 chief executives later, series producer Dougal Shaw explains some of the personality traits he’s noticed, from behind the scenes.

We spotted our first guest through a glass wall wandering down a corridor at BBC News HQ, with a flock of assistants around him, back in August 2015.

“Shall we grab him? He would be great to kick off the series!”

Sir James Dyson had just finished a TV interview in a studio. We approached him and explained the idea of CEO Secrets. Could he share some advice he wished he’d known, when he’d started out in business?

He liked the idea, and we filmed it there and then, on the spot.

That was not only my first CEO Secrets, but my first insight into the personality types of CEOs.

Something I’ve observed over time, making the series, is that the very way CEOs approach the filming process itself reveals a lot about them.

What follows are some general observations, rather than scientific rules. Of course CEOs, like the rest of us, are unique individuals.

Sir James Dyson is a good example of the CEO who is a founder.

A founder builds a company from scratch so is perhaps by definition more of a risk taker. He didn’t hesitate to do our CEO Secrets interview, even though he had to make the decision with little time for preparation. He embraced the challenge spontaneously.

Founders also, arguably, need to be particularly personable and charismatic in order to build companies from nothing, since the early days are all about persuasive skills, elevator pitches.

Many of the ones I have met have had that swashbuckling style; the magnetic, extrovert personality that draws you in. Often you can see that in the videos themselves. A good example of someone like this was Johnnie Boden, founder of the Boden clothing empire. We caught up with him at a London Fashion Week event in 2015. Again, he was happy to do the interview on the spot, and shared his advice off-the-cuff.

Those two examples are men, but female founders exhibit this trait too.

In contrast to this personality type is the chief executive who has slowly risen up the corporate ladder – who didn’t build the company by him or herself. I would say these CEOs come across as more measured, a little more reserved in their demeanour when I meet them for filming.

Quite a few CEOs who fitted this mould came with pre-prepared advice, written down on paper. Some had even memorised it and performed it like an actor, annoyed with themselves when they stumbled over a specific word. They treated the video recording like a job interview.

And in many ways that was a compliment: they took this seriously and had invested time preparing for it.

This breed of CEO is more analytical, careful and research-driven.

A few weeks into the series we settled on one question for the entrepreneur: “What’s the advice you wish you’d had when you started out?” If they want, the answer can take the form of a story. It’s deliberately open-ended. So it’s been interesting to see what approach the guests have taken.

In television there is a phrase, “interview for emotion”. The most compelling moments aren’t about people conveying information on camera, they are about people sharing how they are feeling. On this measure, female entrepreneurs have given the best contributions for CEO Secrets. Many of them were willing to open up about their weaknesses and how they struggled to overcome them.

Two really stand out for me in this regard.

Alex Depledge co-founded an online domestic cleaning platform called Hassle.com, and sold it for a tidy profit. She had all the charm of the founder when I met her, but also told a disarmingly honest story that took me aback as we recorded it. She recalled the time, just after she had raised millions in funding, when her husband had found her at home rolled up in a ball, crying on the floor, saying over and again: “I don’t know how to be a CEO”.

That’s a million miles from the kind of Wall Street, Gordon Gekko stereotype of the alpha-male, all-powerful business boss.

In another memorable interview, perfume entrepreneur Jo Malone straight off the bat said she was guilty of taking “the wrong decisions” and advised people never to make important choices on “a bad day”, especially when you are feeling emotional.

There were lots of other examples of this too.

Jessica Butcher of Blippar opened up about how she felt “imposter syndrome” as a business leader. Justine Roberts, the founder of Mumsnet, revealed crushing feedback from early potential investors, who told her “she didn’t look the part” – and how that made her feel. And in a video which went viral on LinkedIn, Amy Golding of recruitment company Opus, revealed how she had been given feedback that she was “too girly to be a CEO”.

None of these guests were revelling in pity. Each one was simply sharing a story about finding resilience, to encourage others if they felt self-doubt too.

Home and away, big or small

When possible we like to film CEOs in their natural environment: their offices or factories. They tend to be more relaxed on their home turf, often delighted to show you round. A good example of this was Will Butler-Adams of Brompton bicycles.

Filming this way also means I get to see how CEOs behave in front of their staff.

And here I’ve noticed a distinction between large and small companies.

In a large company, especially a multinational, most staff won’t have a close relationship with the CEO. In fact, many might be seeing him or her in person for the first time when I’m there. So it’s like a celebrity entering the building. And the fact they are here to do a media interview, only adds to the sense of mystique around them.

But in a small or even medium-sized company, it can be the reverse. It’s often the running joke of the day that the boss is doing a “big” BBC interview and the subject of much office mirth. Colleagues will make fun of him or her about it to their face.

“Ha ha! Are you the next Alan Sugar on The Apprentice?”

There is a nice informality in these smaller companies because the CEO is really just the first-among-equals. He or she knows the team personally and they can laugh at one another. Many of the chief execs in this situation would ask if I also wanted to film other colleagues for their perspective.

They were uncomfortable that all the attention was on them.

I shared my observations with someone who has spent far more time with CEOs than me: Oddi Aasheim, a partner at FirstHuman, a performance consultancy which runs coaching and development programmes for business leaders. While he found my points “totally valid”, he reminded me that I was seeing things from a particular perspective, that of the media.

For example, while founders can seem “ebullient” characters when meeting the press or potential investors, many also possess the ability to switch to different modes that fit the particular situation – for example, a more serious mode when meeting with their bankers.

CEOs who have risen up the ranks “have often developed an ability to fit in”, and part of Aasheim’s job is to help them expand who they can be as leaders and develop a new sense of freedom in how they operate.

What seemed to interest him most was my experience of female leaders who are prepared to show their weaknesses. This is a new trend, says Aasheim.

“Your credibility and success as a CEO is no longer what got you into that position, your knowledge and expertise. It all hinges on who you are as a leader, your ability to create potent environments where there is a real sense of purpose and shared ownership, where people can excel, ideas flourish, and it is safe to speak up – that can often feel like an exposed position.”

I’ve used my mobile phone to film the majority of the videos that I made for the series over the last five years. Many people have asked me: “Weren’t the CEOs disappointed when they saw you film with a phone, rather than a big, broadcast TV camera? Did it not offend their egos!”

Actually that never happened once (though once a PR was disappointed on their behalf). Certainly many of them did comment on it. They were intrigued and wanted to know more about smartphone filming. Some took pictures and asked me what equipment I used. Others asked me to speak with their team about it afterwards, so they could learn more.

Maybe that’s one trait that all CEOs share: an inquisitive mindset and an appetite to learn anything that will give their business a competitive advantage.