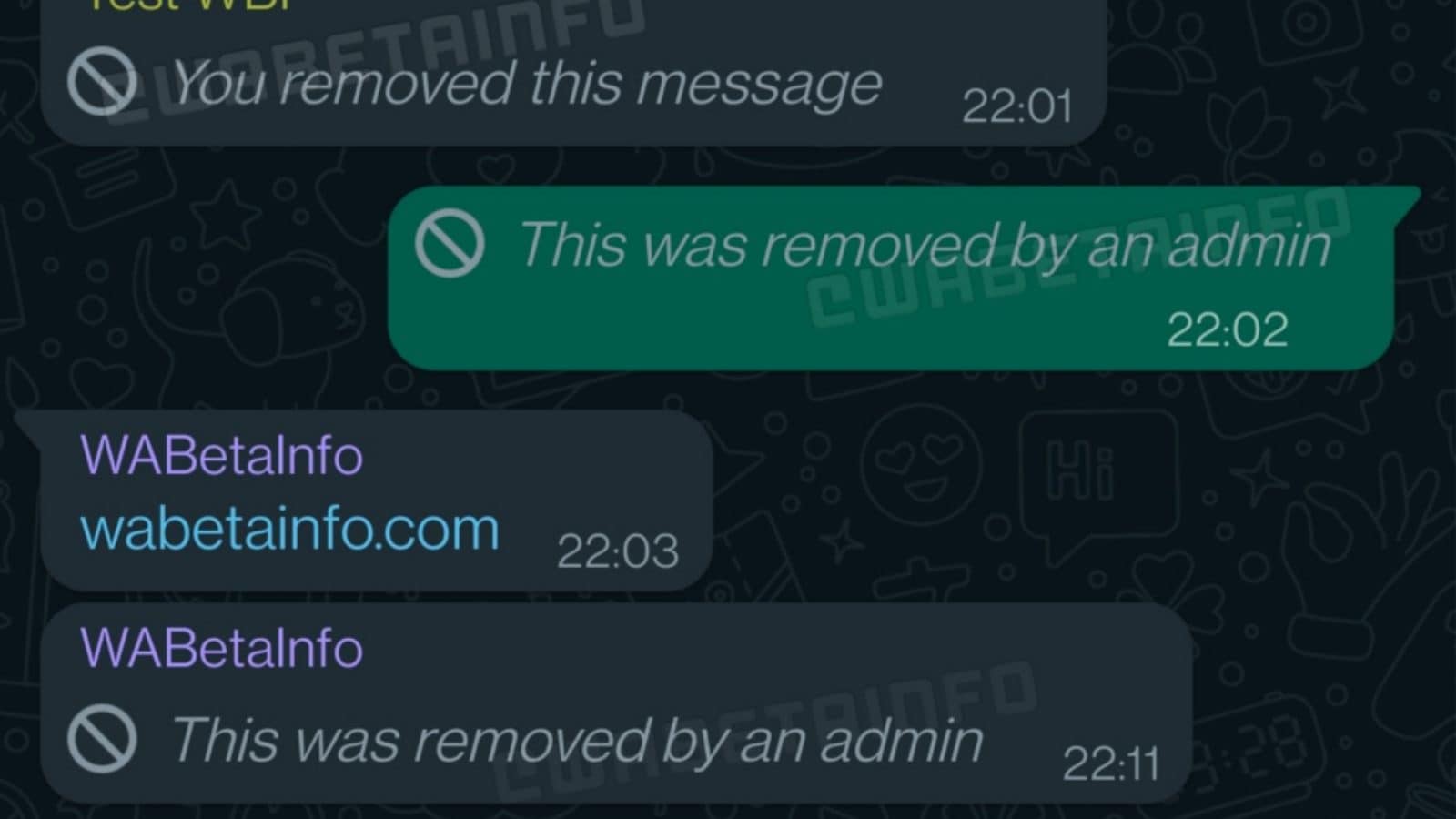 “This was removed by an admin,” text was spotted. (Image: WABetaInfo)

The Meta-owned WhatsApp may soon allow admins to delete messages even if they are sent by members.

WhatsApp is reportedly working on a new feature to give group chat admins more control over control. As spotted by the notable WhatsApp updates tracker WABetaInfo, the Meta-owned messaging platform may soon allow admins to delete messages even if they are sent by members. Based on the screenshot available in the report, users will see the text, “This was removed by an admin,” when the group admins delete messages by others. The feature was seemingly spotted following WhatsApp beta for Android version 2.21.23.1 update.

The publication further notes that there’s no precise release date for the feature to come to beta testers. However, the feature will be a major shift on the platform following the launch of ephemeral messages last year. It also means that WhatsApp group admins can also act as moderators aside from possessing the power to remove members from the group.

Last month, WhatsApp was also spotted working on a Discord Community-like feature to allow group admins to control the flow of messages. As per the same publication, the company may soon allow users to create sub-groups based on topics or conversations. It will essentially de-clutter the main group chat from miscellaneous messages. The publication had explained, “Admins can send messages in this group chat and they will be able to group some groups related to the community: for example, a degree course can be considered a community, and all its teaching classes are groups included in this community.”

The messaging platform is yet to roll out the feature to Android and iOS beta testers. That being said, the stable rollout of Community can take months. More details from WhatsApp over the two group chat features are expected. Meanwhile, the company introduced a new feature earlier today that allows users to preview their voice message on WhatsApp before they hit the send button.