Home Middle East Who is Liz Truss? Britain’s next PM is popular with her party... 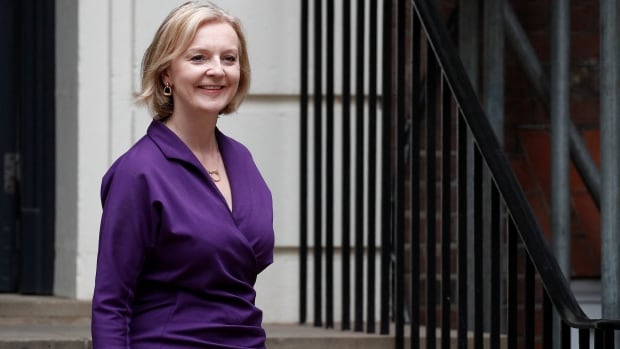 As a child, Liz Truss marched in demonstrations against Conservative Prime Minister Margaret Thatcher. As an adult, she came to admire Britain’s first female leader — and now she is about to enter 10 Downing Street with a Thatcherite zeal to transform the U.K. after winning the race to succeed Boris Johnson.

The party said Truss, Britain’s current foreign secretary, won about 57 per cent of Conservative members’ votes, compared with about 43 per cent for ex-treasury chief Rishi Sunak.

Fellow party members have embraced Truss’s vows to slash taxes and red tape and keep up Britain’s staunch support for Ukraine. But to critics, she is an inflexible ideologue whose right-wing policies won’t help Britain weather the economic turmoil set off by the pandemic, Brexit and Russia’s invasion of Ukraine.

Mark Littlewood, a libertarian commentator who has known Truss since their university days, said she’s less a conservative than a “radical” who — like Thatcher — wants to “roll back the intervention of the state” in people’s lives.

‘Headstrong and determined and outspoken’

Born in Oxford in 1975, Mary Elizabeth Truss is the daughter of a math professor and a nurse who took her on anti-nuclear and anti-Thatcher protests as a child, where she recalled shouting: “Maggie, Maggie, Maggie — out, out, out!”

In a 2018 speech, she said she began developing her own political views early, “arguing against my socialist parents in our left-wing household.”

After attending public high school, Truss went on to Oxford University, where she studied philosophy, politics and economics — the degree of choice for many aspiring politicians — and was president of the university branch of the Liberal Democratic Party. The economically centrist Lib Dems back constitutional reform and civil liberties, and Truss was an enthusiastic member, putting up “Free the Weed” posters that called for decriminalization of marijuana and arguing in a speech for the abolition of the monarchy.

Littlewood, who was a fellow member of the Oxford Lib Dems and now heads the Institute for Economic Affairs, a free-market think-tank, remembers Truss as “headstrong, and determined and outspoken.”

“You were never in any doubt where she stood on an issue or a person,” he said.

Anti-Brexit but called herself ‘euroskeptic’

After Oxford, Truss joined the Conservative Party “when it was distinctly unfashionable,” she later said.

She worked as an economist for energy company Shell and telecommunications firm Cable and Wireless, and for a right-of-centre think-tank while becoming involved in Conservative politics and espousing free market Thatcherite views. She ran unsuccessfully for Parliament twice before getting elected to represent the eastern England seat of Southwest Norfolk in 2010.

She founded the Free Enterprise group of Thatcherite Tory lawmakers who produced “Britannia Unchained,” a political treatise that notoriously included the claim that British workers are “among the worst idlers in the world.”

In Britain’s 2016 referendum on whether to leave the European Union, Truss backed the losing “remain” side, though she says she was always a natural euroskeptic. Since the vote, she has won over Brexiteers with her uncompromising approach to the EU.

She became justice secretary, but was demoted by May to a more junior role in the Treasury in 2017. When May was toppled by her repeated failure to break a political deadlock over Brexit, Truss was an early backer of Johnson to replace her. When he won, Johnson made Truss trade secretary, a role in which she used Instagram to get recognition around the world, signing post-Brexit trade deals and raising her profile.

In September 2021, she was appointed foreign secretary, Britain’s top diplomat. Her performance has drawn mixed reviews. Many praise her firm response to the invasion of Ukraine and she secured the release of two British citizens jailed in Iran, where her predecessors had failed.

But EU leaders and officials who hoped she would bring a softer tone to Britain’s relations with the bloc have been disappointed. Amid trade wrangling, Truss introduced legislation to rip up parts of the binding U.K.-EU divorce agreement signed by both sides. The 27-nation bloc is taking legal action against Britain in return.

Truss’s perceived loyalty to Johnson, who remains popular with many Tories, also helped her win the leadership. Many party members cited Sunak’s decision to quit Johnson’s cabinet in July as a mark against him. Truss didn’t resign, saying she was a “loyal person” — though she had been courting party members for months at “fizz with Liz” events to build support for a potential leadership bid.

The wider British electorate is likely to prove a harder audience to win over. Times are tough and getting tougher as inflation soars and Britain’s cost-of-living crisis worsens. Truss’s focus on stimulating the economy through tax cuts is unlikely to provide much short-term relief.

And she doesn’t have long to persuade voters that she is on the right track. The next national election must be held in two years.