Home India Politics Why Gehlot, Raje Remain at the Helm of Rajasthan Politics as Pilot... 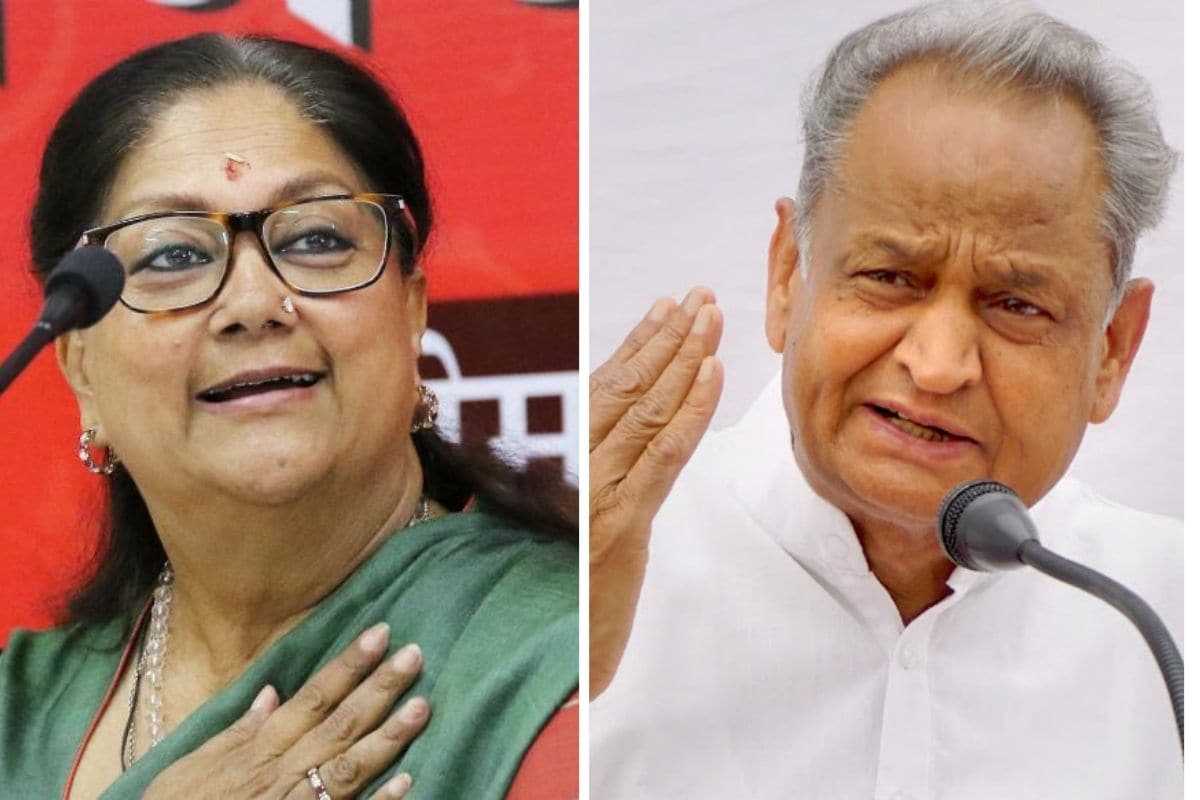 The government in Rajasthan has survived because of Gehlot’s ability to hold on to his MLAs in a protracted battle of nerves.

Bhanwar Lal Sharma is a veteran of many a coup in Rajasthan politics, including one against Bhairon Singh Shekhawat in December 1996. Shekhawat survived the rebellion and despite objections by state president Ashok Gehlot, Sharma managed to enter Rajasthan Congress with some help from Jat strongman Sheesh Ram Ola.

However, on Monday, despite his long-standing differences with Gehlot, Sharma knew where to apply for the truce if he were to sustain in state politics. So while the other rebels led by Sachin Pilot appeared for a photo-op in Delhi with Ahmed Patel and Priyanka Gandhi, Sharma was meeting the Rajasthan Chief Minister in Jaipur, pledging his unconditional loyalty and support. Others may have the option of cooling their time off for a while in Delhi, Sharma knows all too well that his politics and career remain closely entwined to Jaipur. So he has made his choice.

With this, the month-long rebellion in Rajasthan is all but over. However, both the dramatis personae and the screenplay in this power play tell a lot about the state of affairs in the Congress.

The government in Rajasthan has survived not because of any intervention by the central leadership. The party remains in power because of Gehlot’s ability to hold on to his MLAs in a protracted battle of nerves. Faced with a rebellion from within, he could manage to keep the BJP at bay through sheer grit of a battle-hardened politician and determination to survive.

True to the party culture, where every success is attributed to the leadership, by Monday evening Congress leaders from here and afar tweeted to congratulate the leadership for having worked out a truce. That is Congress.

However, the Pilot rebellion has created a piquant situation for the party. Both in Delhi and in Rajasthan.

Though the terms of return and rapprochement have not been spelt out in detail, there are suggestions that Pilot may be accommodated in Delhi with an organisational responsibility.

He has been sacked from the state council and also as the PCC president. Most of his nominees in key organisational positions have been replaced.

Any attempts at return to the state politics for now were opposed unambiguously in the Congress legislature party meeting in Jaisalmer last week. The charge was led by minister and Gehlot aide Shanti Dhariwal. The message for the Delhi durbar was clear. Keep the rebel leader engaged in the AICC. As it is, all the Pilot loyalists in key organisational in Rajasthan have been replaced in the last one month. Gehlot though tried to sugar-coat the missive by reportedly telling his MLAs of accepting the decision with a heavy hearty to “save the democracy”.

The current rapprochement may also create a piquant situation in Delhi. A section of the middle-run party leaders have been waiting for promotion for a while now. They have remained loyal to the party and have risen up the ranks from NSUI and Youth Congress. Will the leadership be able to overlook their claims in accommodating the dissidents in Delhi?

And finally what does this auger for Rajasthan politics. Post Mohan Lal Sukhadia, state politics for almost three decades was dominated by Bhairaon Singh Shekhawat from BJP and Hardev Joshi and Shiv Charan Mathur from Congress. Each taking turns to rule the state for eight terms between them.

The cycle ended with Gehlot emerging as the leader in Congress in 1998 and Vasundhara Raje in the BJP in 2003. The two between them have ruled Rajasthan for more than two decades now.

This rebellion in Congress could have ended this opening partnership between Raje and Gehlot if Pliot and Gajendra Shekhawat could have successfully negotiated the first few over under a windy condition.

That was not to be, at least this time around.