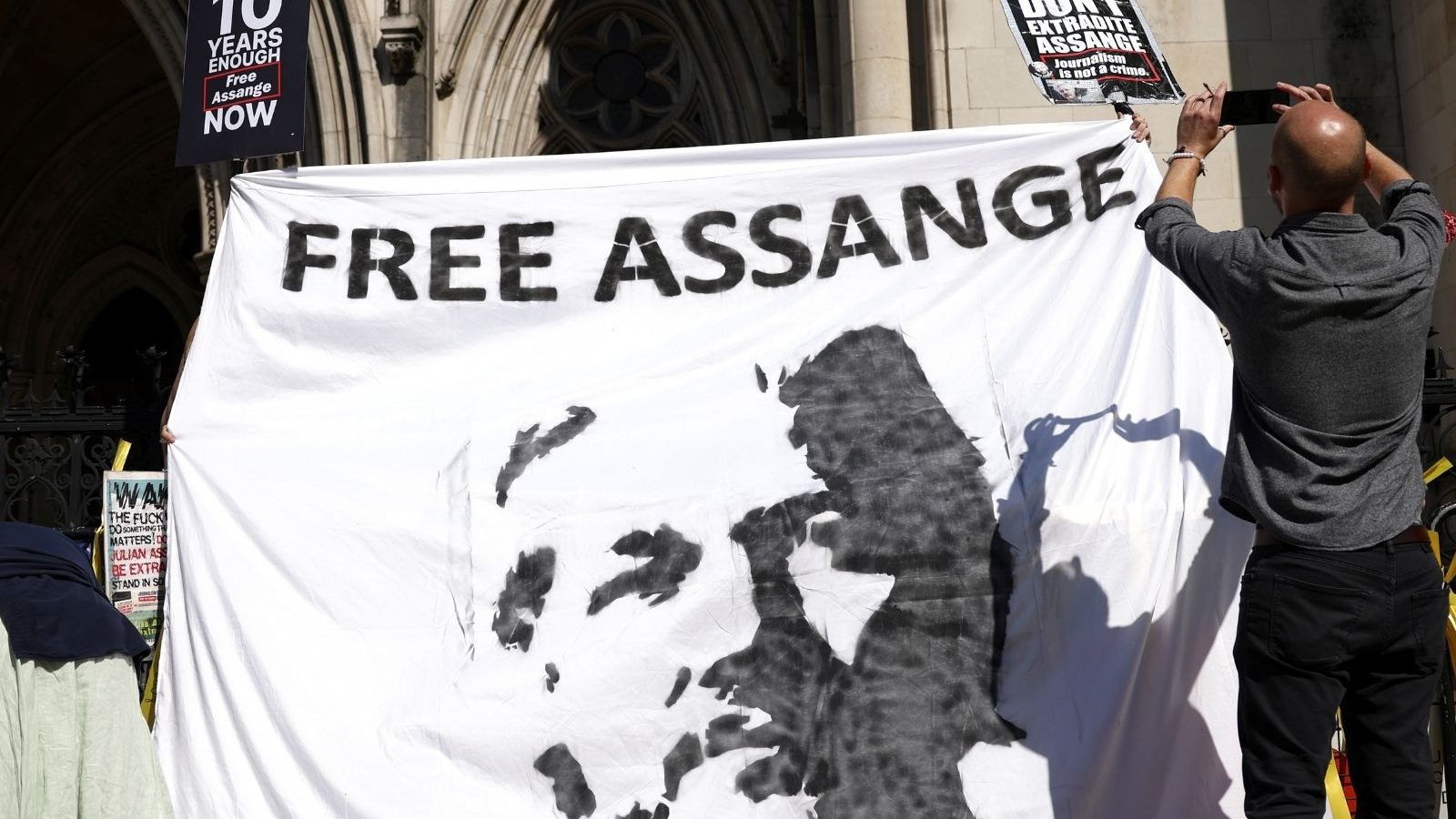 LONDON: WikiLeaks founder Julian Assange on Monday won the first stage of his effort to appeal a U.K. ruling that opened the door for his extradition to U.S. to stand trial on espionage charges.

The High Court in London gave Assange permission to appeal the case to the U.K. Supreme Court. But the Supreme Court must agree to accept the case before it can move forward.

The decision is the latest step in Assanges long battle to avoid trial on a series of charges related to WikiLeaks publication of classified documents more than a decade ago.

Just over a year ago, a district court judge in London rejected a U.S. extradition request on the grounds that Assange was likely to kill himself if held under harsh U.S. prison conditions. U.S. authorities later provided assurances that the WikiLeaks founder wouldnt face the severe treatment his lawyers said would put his physical and mental health at risk.

The High Court last month overturned the lower courts decision, saying that the U.S. promises were enough to guarantee Assange would be treated humanely.

They said the U.S. promises were solemn undertakings, offered by one government to another, which will bind all officials and prosecutors who will deal with the relevant aspects of Mr. Assanges case now and in the future.

Assanges lawyers say those promises cant be trusted, and have sought permission to appeal to Britains highest court. They argue that the U.S. governments pledge that Assange wont be subjected to extreme conditions is meaningless because it’s conditional and could be changed at the discretion of American authorities.

Nick Vamos, a partner at Peters & Peters solicitors in London and a former head of extradition at Britains Crown Prosecution Service, said it was unlikely that the appeal would be granted. Assange can only take the case to the Supreme Court if the High Court rules that there are matters of general public importance to consider.

Assange, 50, has been held at the high-security Belmarsh Prison in London since 2019, when he was arrested for skipping bail during a separate legal battle. Before that, he spent seven years holed up inside Ecuadors Embassy in London. Assange sought protection in the embassy in 2012 to avoid extradition to Sweden to face allegations of rape and sexual assault.

Sweden dropped the sex crimes investigations in November 2019 because so much time had elapsed.

Lawyers for Assange argue that their client should’nt have been charged because he was acting as a journalist and is protected by the First Amendment of the U.S. Constitution that guarantees freedom of the press. They say the documents he published exposed U.S. military wrongdoing in Iraq and Afghanistan.