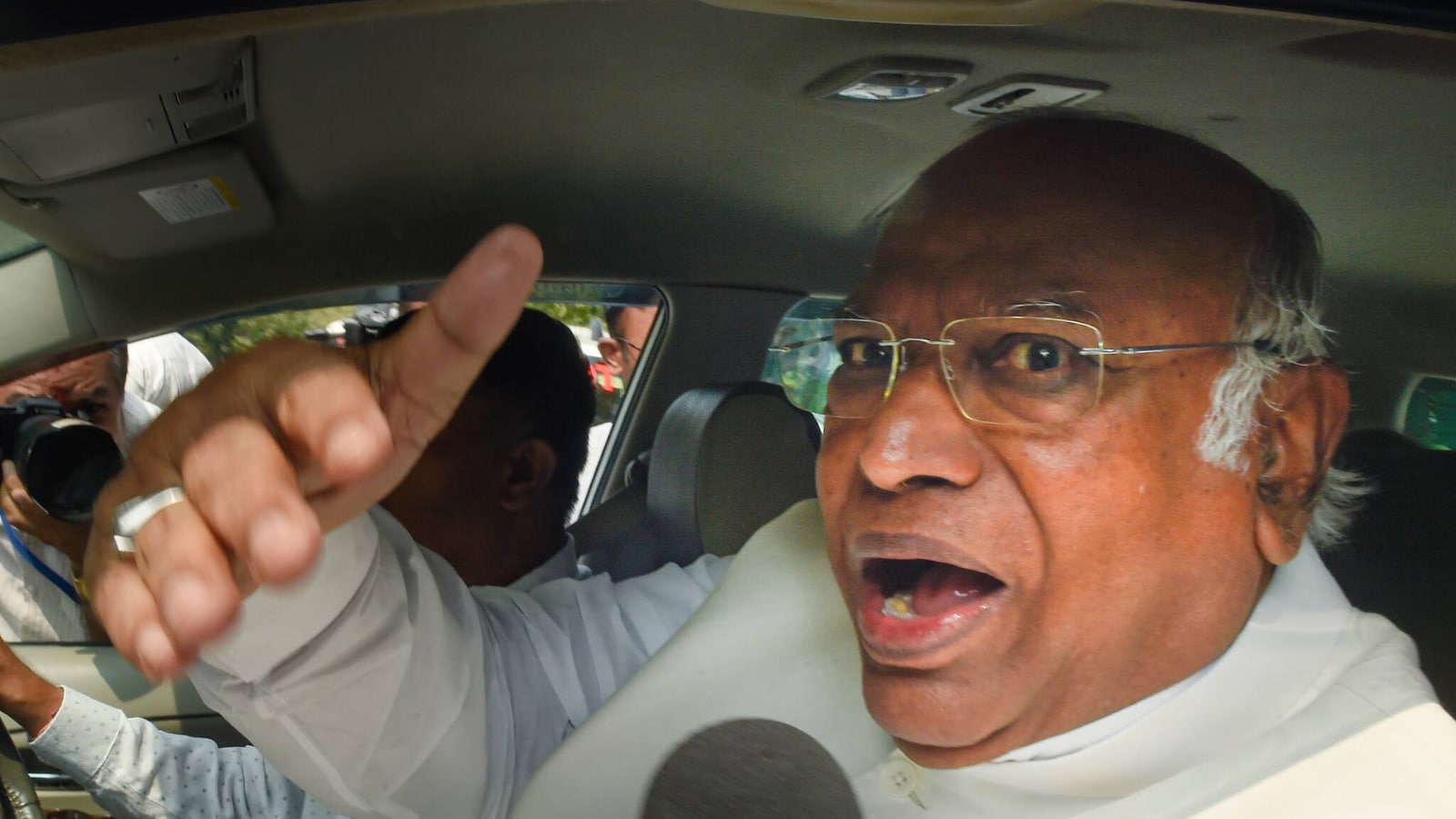 Mumbai: Congress veteran Mallikarjun Kharge on Friday said if elected party president, he will implement the ‘Udaipur Declaration’, a set of proposals adopted at a conclave in Rajasthan in May this year. Talking to reporters here, Kharge, who is campaigning for his bid for the top party post, said he believes in collective leadership and consultation process.

I will implement the Udaipur Declaration, said the 80-year-old Rajya Sabha MP, adding he will try to address problems of youth, farmers, women and small traders if elected Congress president for which election is due later this month. A ‘chintan shivar’ (brainstorming session) was organised by the Congress in Udaipur in Rajasthan in May. One of the organisational reforms to be implemented as per the declaration at the conclave was the principle of ‘one person, one post’. Other proposals adopted at the meeting related to poll ticket distribution and tenure of office-bearers, among others.

Kharge was in Mumbai to interact with Congress delegates who had invited him. The veteran Congress leader from Karnataka will fight for the top post against party’s Lok Sabha MP Shashi Tharoor. The 136-year-old party is set to elect its new president on October 17. It will be for the first time in two decades that a non-Gandhi will occupy the top party post. He said interim Congress president Sonia Gandhi had made it clear none from the Gandhi family will contest the polls. So senior leaders and party workers suggested that to keep the party together, he should contest the polls, Kharge said.

Slamming the Bharatiya Janata Party (BJP) and the Rashtriya Swayamsevak Sangh (RSS), Kharge said attempts were being made to destroy the country’s autonomous bodies. The former Union minister accused the BJP of toppling Congress governments in states.

We have to work together. One person can do nothing. It will be impossible to do this alone,” Kharge said. Attacking the Modi government on economic and other key issues, he said poverty is rising and wealth is being generated only by a select few. Inflation and unemployment are also on the rise.

The Congress leader said the foundation of the economy has weakened and forex reserves are depleting fast due to the depreciating value of the rupee against the US dollar. This is the time to strengthen the Congress. It is necessary to strengthen the ideology of Nehru, save Babasaheb Ambedkar’s Constitution and the ideals of Gandhiji, Kharge said.