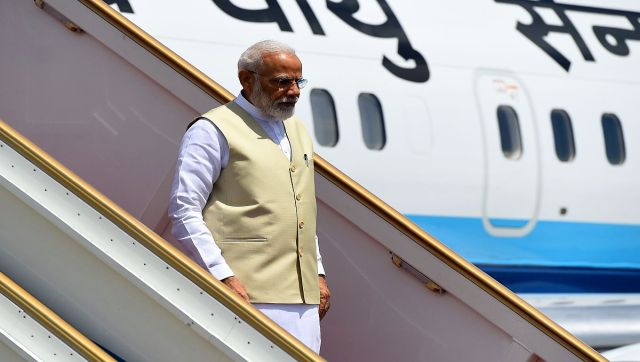 Prime Minister Narendra Modi is known for not taking breaks and working round-the-clock. This fact will be showcased as he makes his way to Indonesia’s Bali today to attend the G20 summit for the annual summit, which will be held on 15-16 November.

The prime minister is said to have a busy schedule lined-up during the annual summit — around 20 engagements lined up within 45 hours, including several bilateral meetings with world leaders and a community event to connect with the Indian diaspora in Indonesia.

As the prime minister flies out to Bali for the summit, made up of 19 countries plus the European Union, let’s take a closer look at his hectic schedule and what’s the agenda for his meeting.

This annual summit gains even more significance as it is being carried out while the Russia war in Ukraine enters the 264th day.

Ahead of Modi’s departure, Foreign Secretary Vinay Kwatra in a press briefing said that the prime minister and other leaders would deliberate extensively on key issues of contemporary relevance, including the state of the global economy, issues relating to energy, environment, agriculture, health and digital transformation.

“The Bali summit comprises three working sessions at the leader’s level where the prime minister will be participating. These include the sessions on food and energy security, a session on digital transformation, and a session on health,” Kwatra said.

He said the G20 deliberations have acquired a greater salience as it is taking place against the backdrop of global challenges such as uneven post-pandemic economic recovery, debt vulnerabilities especially in the countries of the global South, the ongoing conflict in Europe, and its knock-on effects, such as food security challenges, energy crisis and inflation, on all countries of the world. “The G20 leaders will discuss these challenges and underscore the importance of closer multilateral cooperation to help overcome these challenges,” he said.

About Modi’s message at the summit, Kwatra said that uncertainty and challenges related to climate, health and energy would figure. “I can’t tell you for sure what the prime minister’s interventions would be, but I’m assuming that it would be an intersection set of many of these elements and specific subsections of these elements.”

Modi will also be a part of the leaders’ visit to Taman Hutan Raya, which is a mangrove forest in Bali.

The G20 summit in Indonesia assumes even more importance for India as it will take over the presidency.

Indonesian president Joko Widodo, who is hosting the 17th summit, will symbolically hand over the G20 presidency to Modi during the closing session. Formally, India will take over the presidency starting 1 December and host the 18th summit on 9 and 10 September 2023 in New Delhi.

Kwatra said India will strive to steer the G20 agenda for 2023 in a “representative and balanced manner”.

Why India should support greater African representation under its G20 presidency

Earlier, PM Modi had unveiled the G20 logo inspired by the colours of India’s national flag: saffron, white and green, and blue. According to an official statement, it contrasts planet Earth with the lotus, India’s national flower that represents growth in the face of adversity.

The logo, with the lotus, has caused a political storm in India.

The theme for India’s G20 is ‘Vasudhaiva Kutumbakam,’ or ‘One Earth, One Family, One Future’, which reflects the idea — the world is a family.

India’s presidency of the G20 comes at a crucial juncture and the country will have the mammoth task of bringing the countries together while the rift continues to grow between them.

India’s G20 Sherpa Amitabh Kant had earlier written in an Economic Times column, “Assuming the G-20 presidency at such a critical juncture is a challenging task. However, India is well-prepared to turn this challenge into an opportunity.” He added that India would use the presidency to focus on climate action, energy security, stronger public health systems, and accelerating the 2030 Sustainable Development Goals.

India will also have to face the test of ensuring global food security amid the Russia-Ukraine war.

A security guard walks past a G20 sign ahead of the G20 leaders summit, in Nusa Dua, Bali, Indonesia. AP

Likely to depart this noon for the G20 summit, Prime Minister Narendra Modi will start his trip with meetings with world leaders. He is expected to have 10 meets with world leaders, including those with Britain’s Rishi Sunak and France’s Emmanuel Macron.

Modi’s meeting with Sunak, the first since the latter took charge, is most likely to focus on the free trade agreement, with both countries seeking to sign on the dotted line as soon as possible.

Modi will also meet his French counterpart, Emmanuel Macron, and expand strategic partnership. This meet comes as Macron is planning to visit India early next year while the French defence minister is planning to arrive in the country later this year.

He is also expected to sit down with Saudi Crown Prince Mohammed bin Salman.

The one bilateral that is expected to grab all eyeballs is Modi’s probable meet with China’s Xi Jinping. If this meet does take place, it will be Modi’s first with Xi after the military standoff along the Line of Actual Control which began in April 2020. The two leaders attended the annual summit of the Shanghai Cooperation Organisation (SCO) in Uzbekistan’s Samarkand in September but there was no bilateral meeting between them.

When asked about a probable sit-down with Xi, Vinay Kwatra said, “These bilateral engagements with the other leaders are still in the process of being scheduled. This is something which remains under evolution.”

Besides his bilateral meetings and G20 engagements, Modi has eked out time to interact with the Indian community in Indonesia.

On 15 November, he is scheduled for an address with the India community, which has a strong presence in the country.

After his frenetic schedule, Modi will bid adieu to Bali on 16 November and return to India following which he will take part in the proposed ‘Kashi Tamil Samagam’ virtually on 19 November 19.

It is indeed true — the prime minister never rests and works tirelessly.