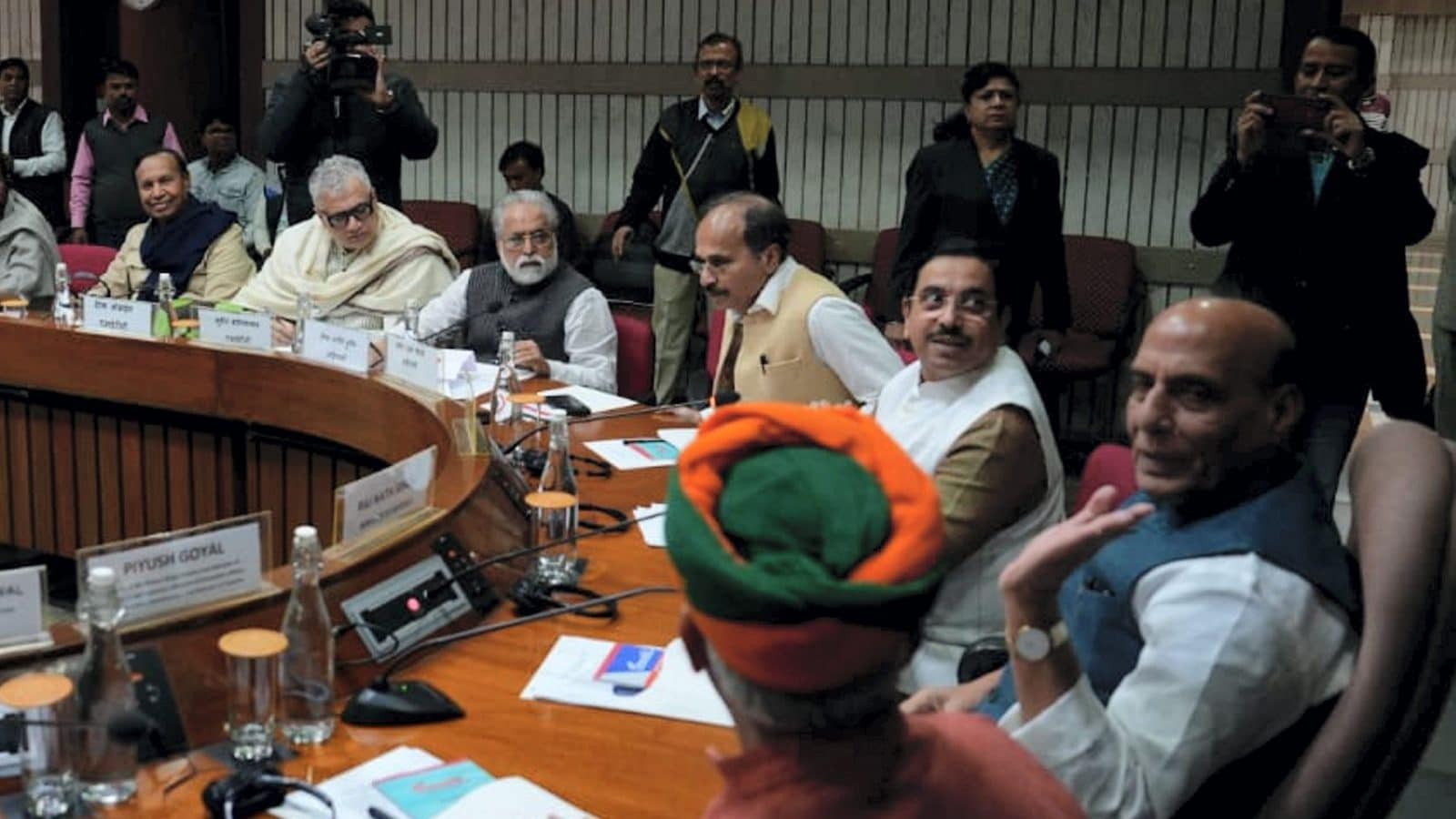 The winter session of Parliament will begin on Wednesday with Congress gearing up to corner to government over a range of issues including the border situation with China while the Centre is planning to introduce 16 bills.

An all-party meeting was convened by the government on Tuesday where the Centre assured the Opposition that it will take up the discussion on the issues related to price rise, unemployment and the situation along the China-India border according to the rules and norms of Parliament.

Union minister and Deputy Leader of Lok Sabha Rajnath Singh, who chaired the meeting where the leaders from more than 30 parties were present, sought cooperation from all parties for smooth functioning of the session.

Both Congress and Trinamool Congress raised the issue of alleged misuse of investigative agencies which was backed by Aam Aadmi Party (AAP), Nationalist Congress Party (NCP) and several other parties.

The winter session will last till December 29, with 17 sittings over 23 days.

Congress general secretary Jairam Ramesh had said the party would raise matters relating to the economic situation in the country, “weakening” of constitutional institutions and reservation for the economically weaker sections (EWS). He had also said that if the government is ready for a discussion, the party would extend constructive support to it.

The Congress will also raise the issue of high inflation and price rise, falling value of the rupee, falling exports and high Goods and Services Tax rates.

Out of the 17 bills that the government has listed for consideration in the session, the Congress said it is opposed to three bills — the Biological Diversity (Amendment) Bill, 2021, Multi-State Cooperative Societies (Amendment) Bill, 2022, and the forest conservation amendment bill, 2022.

“We want these bills to be sent to standing committees. There is a need for more discussion on these bills and the Congress cannot support them in their current form,” he had said.

Rahul Gandhi is unlikely to attend the session in view of the Bharat Jodo Yatra.