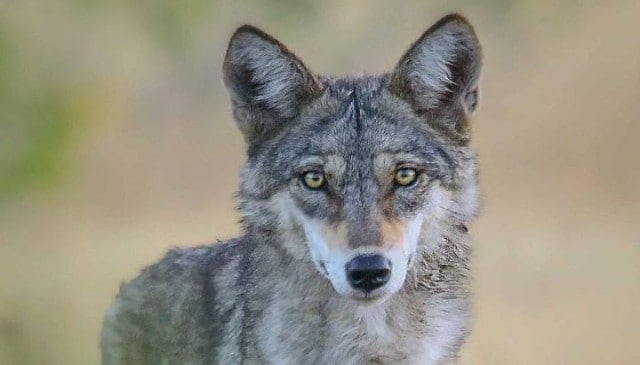 Dogs we keep at home and care for as a member of our family are the descendants of ferocious wolves. What is important is that the wolves we find in India may be the descendants of the oldest wolves in the world. As there are many wolves in Madhya Pradesh, it has been given the status of a “Wolf State”.

There are three types of wolves — Grey Wolf, Red Wolf and Ethiopian Wolf — with 40 sub species. In India, wolves are found in Madhya Pradesh, Maharashtra, Rajasthan, Haryana, Gujarat, Uttar Pradesh, Kerala, Karnataka and Andhra Pradesh. Indian wolves belong to the family of Grey Wolf, which can be found in South-Asian countries, as well as in the Indian subcontinent. They are not hairy, because they live in warm conditions.

The wolves, though considered ferocious, are a social animal which remains in groups and love to hunt together. There may be both female and male wolves in a pack consisting of more than 20 members.

The size of a pack of wolves depends on the availability of food and their habitats. Both male and female rear their offspring. Though they are wild, male and female wolves occasionally raise an orphaned cub. The wolves are expert in hunting and never think twice before attacking even a big animal. A lonely wolf hunts small animals like rabbits and squirrels. But when they are in a pack, they pounce upon animals like deer, Cheetal, Sambhar and wild boars.

According to zoologists, Indian wolves are different from the ones available in West Asia and are associated with the grey wolves which are almost extinct in the world. The grey wolves are one of the terrestrial mammals which live across the world. They are found in icy areas, forests, deserts and in grassy lands in the northern hemisphere. The wolves have been surviving since the ice age. These wolves are called refugees, since they live in different places across the globe. Most of the grey wolves are genealogically connected with the ones found in the northern part of the world where the majority of wolves are available.

Both Tibetan and Indian wolves have an ancient lineage. Such wolves had existed even before their Holarctic counterparts came into being in Eurasia. A recent study has indicated that the Indian Wolves have separated from their Tibetan counterparts. Now experts say the Indian wolves are the descendants of the most ancient wolves in the world. These wolves are on the verge of extinction because of the entry of humans into their territories, the grassy lands. Therefore, the wolves are facing many challenges for survival. According to wildlife experts, for the survival of wolves, it is necessary to save their natural habitats.

The Himalayan wolves are an extraordinary animal. They can survive at 4,000 metres above sea level. Such wolves are found in Ladakh, Tibet, Nepal and Spiti valley. As they live in such a large area, the government has failed to preserve them properly. This is the reason that they are on the verge of extinction. Locals are also responsible for it. Once the inhabitants of Ladakh used to kill the Himalayan wolves to save their livestock and celebrate the occasion. They trapped wolves in a net made of stones. Ladakh is called the desert of snow where keeping livestock is the only way to earn a living. In winters, the temperature of this place declines to minus 30 degrees Celsius and the velocity of icy wind is 25km an hour. Therefore, it is difficult to lead a normal life in this inaccessible zone.

In such a situation, the locals used to hunt wolves, leopards, and Tibetan foxes. The tactics the inhabitants of Ladakh adopted to save their livestock was called Shandong, a 40-foot-wide and six-foot-deep ditch that looked like a bowl. The stones that surrounded the ditch were big and flat. Some of the stones were more than two-foot-long. To ensnare the wolves, a ram was kept as bait. The smell of a ram attracts the wolves which used to jump into the ditch and could not get out of it.

The trapped wolf was brutally killed. The occasion was celebrated. The locals cut off the head of the wolf and took out a procession in their village. Besides killing the wolves, the locals entered the caves and destroyed the pups in winter. The villagers honoured those who had destroyed the pups. With the change of time, the situation in Ladakh has changed. Now, the locals have several means of earning livelihood, and this is the reason that not a single wolf has been killed in Ladakh in the past one decade. Shandong is no longer used. Yet, 80 ditches still exist in the Sham valley of Ladakh. Men and animals may fall into those trenches. Shandong is preserved as a traditional way of keeping animals.

Once there were numerous Cheetahs and wolves in Indian forests, but in less than eight decades Cheetahs have disappeared and wolves are on the verge of extinction. At present, there are 3,000 wolves in the country, and if they are not preserved, they will soon disappear.

The Indian wolves are smaller than their European and American counterparts. Indian wolves can survive in hot weather. The wolves, like tigers, are on the verge of extinction. One of the reasons for it, is the development work that is being done in forestlands, besides there is no reserved forest in the country for rearing wolves. According to a recent study, only five per cent of the natural ecosystem has been preserved in the country.

According to wildlife experts, there is a strange love-hate relationship between the dogs and the wolves, though both belong to the same family. If a wolf does not find a partner, it can mate with a dog, which gives birth to high-breed animals, but such breeding is reducing the number of wild wolves. These animals are weaker in hunting and breeding than their ancestors.

MP gets status of Wolf State

The state has become a home to many wild animals. The efforts of the state government to protect wildlife and environment have yielded results. Madhya Pradesh, called the state of tigers, leopards, alligators, and that of vultures, has got the status of “Wolf State.” During a recent census, the state has the highest number of wolves — 772 — in the country.

The state government has banned hunting wild animals and enhanced forest cover to increase their numbers. Besides terrestrial animals, aquatic animals love the environment of the state. A majority of wolves are found in Nauradehi wildlife sanctuary near Jabalpur in Madhya Pradesh. Besides the hard work of the forest department, the environment of Madhya Pradesh is suitable for preserving wildlife.

The forest department recently tweeted that Madhya Pradesh had been given the status of Wolf State and expressed happiness about it. The department said that it was the result of continuous work done by the department to protect wildlife.

Dr Shailendra Shrivastava who retired as director general of Madhya Pradesh Police also worked as an officer in the Indian Forest Service. Shrivastava who has done PhD in botany (forest ecology) has been writing articles on wildlife and environment for different national and international magazines for many years. Views expressed are personal.