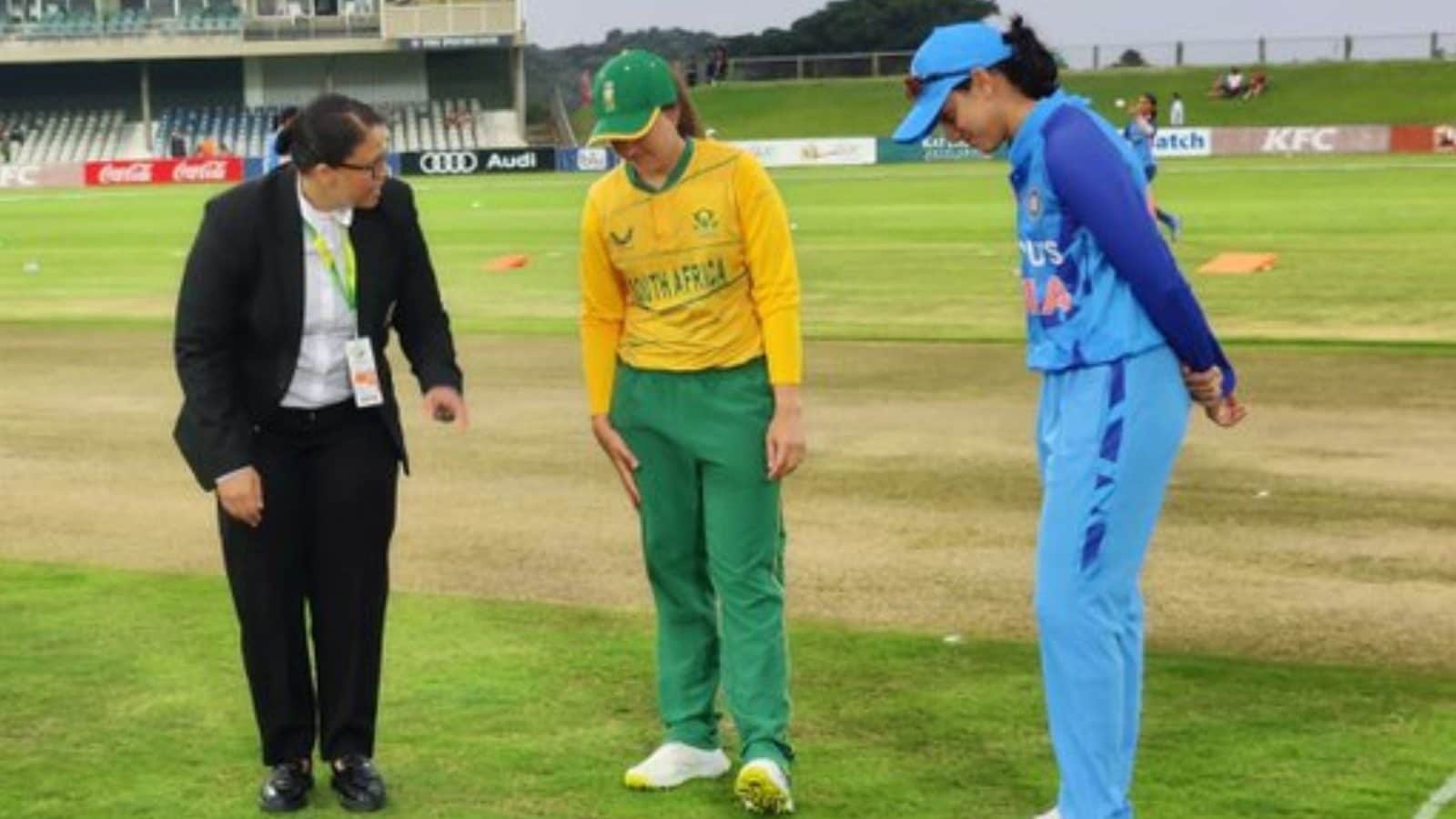 India Women vs South Africa Women Live Updates: With one eye on the T20 World Cup, Smriti Mandhana-led Team India will take on hosts South Africa in the Tri-series opener on Wednesday in Buffalo Park, East London. The hosts have won the toss and opted to bowl first. With Shikha Pandey back in the side after 18 months, the visitors have handed a debut to Amanjot Kaur. Regular captain Harmanpreet Kaur is unwell so Smriti has taken up the role.

In the tri-series running till February 2, the 2016 T20 World Cup champion West Indies is the third team in the series, South Africa last played against India in the shortest format of the game in March 2021, where they recorded a famous 2-1 series win away from home in Lucknow.

That series victory helped the Proteas improve their win ratio to 33% against India, with four wins in 13 matches that also includes a no result. Cut to now, and with the Women’s T20 World Cup starting next month, South Africa are keen to finetune their preparations for the mega event starting from the tri-series opener against India.

Earlier, South Africa skipper Sune Luss said her team is aware of the combinations which India can field against them at Buffalo Park Stadium on Thursday night.

“We’ve seen the Indian team and we have played against them a lot. They’ve played against England and Australia recently, so we know what to expect, we know all the combinations that they can possibly throw at us. We are just excited to kick off the tri-series and get the games underway,” she said.

Harmanpreet had admitted to missing the services of a bowling coach during the 4-1 T20I series defeat to Australia at home in December 2022 as Ramesh Powar was transferred to the NCA as a spin-bowling coach, with Hrishikesh Kanitkar appointed as batting coach of the side. It also means India’s women’s cricket team does not have a head coach currently.

With no Shafali Verma and Richa Ghosh due to the duo playing U19 Women’s T20 World Cup in Benoni and Potchefstroom, India need to see who fills in for them in the tri-series and Harmanpreet insists options are there in the side.

‘I Think They’ll Start With Cameron Green at Six’: Adam Gilchrist Thinks The Allrounder Will be Played as a Batter in Nagpur

On This Day in 2019: Vidarbha Beat Saurashtra by 78 runs to Defend Ranji Trophy Title

Eventually Leagues with Cricketing Ecosystem Will Survive, Rest Will Fade Away: Sourav Ganguly

‘He can be Lethal in Indian Conditions’: Shastri Picks Player Whose Form Could ‘Decide the Series’