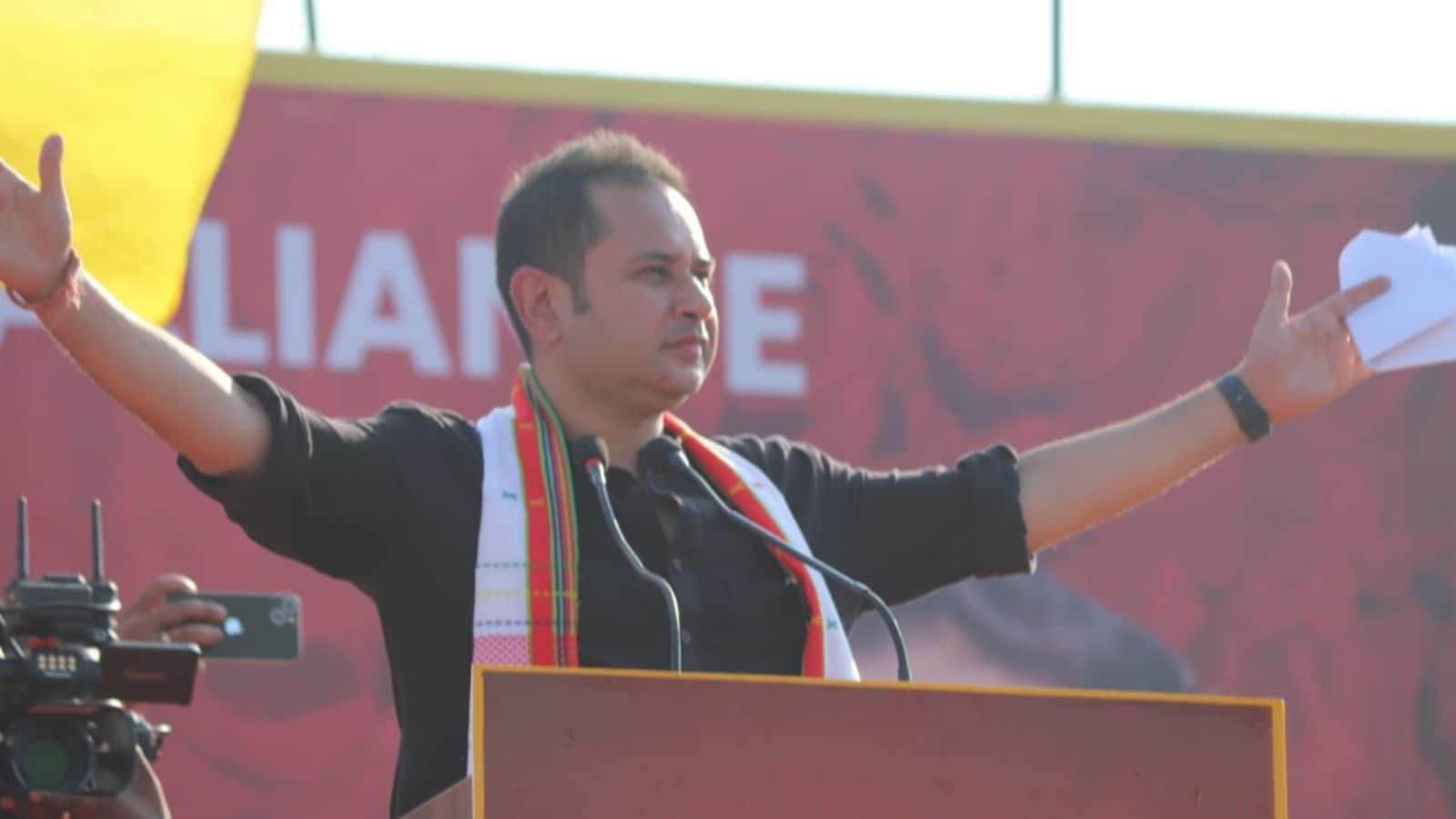 Pradyot also tried to clear his stand on whether or not his outfit will forge an alliance with the ruling BJP. (File pic: Twitter/@PradyotManikya)

In a video message, the royal scion said that if any party is willing to forge an alliance for the Tripura polls, then the constitutional demand of ‘Greater Tipraland’ must be given in writing

TIPRA Motha will announce its list of candidates in the next two to three days for the February 16 Tripura assembly election, said the outfit’s chairman and royal scion Pradyot Kishore Manikya Debbarman on Monday.

In a video message posted on social media, he said that if any party is willing to forge an alliance, then the constitutional demand of “Greater Tipraland” must be given in writing. No compromise will be made on this, he added.

“Tiprasa (indigenous people) is landless today. The development of Tiprasas requires the constitutional rights of ‘Greater Tipraland’. And TIPRA is fighting for this,” he said.

“Different political parties can have a lot of money as tools. But Tiprasa has faith in Pradyot Kishore Manikya Debbarman. So Pradyot informed that he cannot destroy their trust. He is not ready to make any compromises to become an MLA, minister, or MP. And if any party wants to be a coalition then the issue of accepting the constitutional rights should be brought forward in writing”, he added.

He also tried to clear his stand on whether or not his outfit will forge an alliance with the ruling BJP.

“Many have called me and I am sorry to say that many from my very own party have said that ‘we are getting something, so go for the alliance’. I shall not for that ‘kuchh to mil raha hai’ deceive those TIPRA Motha members living in the villages, those who are bereft. I have not come for that ‘Kuchh to milega’ after 70 years. We want constitutional protection and a solution. We are landless and if we need to protect our land then we need constitutional protection and I am fighting for that.”

He also maintained that party workers and leaders who want to leave to become legislators should be ashamed. “This fight is the fight of 13 lakh Tiprasas of the state. This fight is for future generations,” said Pradyot.

He said that he will fight this fight alone and anyone who wants to leave for a compromise can go.

According to sources, a closed-door meeting at a hotel in Guwahati was convened on Saturday between BJP-led NDA partner Indigenous Peoples Front of Tripura (IPFT) headed by its working president and cabinet minister Prem Kumar Reang and Pradyot Kishore along with TIPRA Motha’s president Bijoy Kumar Hrangkhawl and senior leader Jagadish Debbarma.

Earlier, Pradyot said that both parties are fighting for the same demand of seeking a permanent “constitutional solution for the indigenous people”.