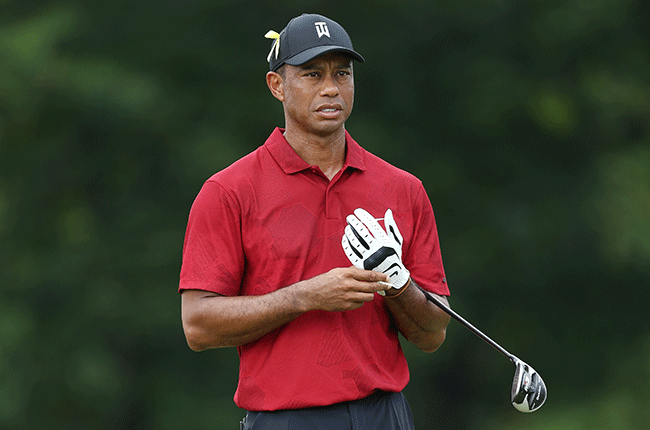 Tiger Woods was left wondering what might have been after saving his best at the PGA Championship on Sunday.

After opening with a 68 at Harding Park, consecutive rounds of 72 left Woods out of contention for a 16th major title and among the early starters on Sunday.

But the 44-year-old put in a characteristically professional display to card five birdies and two bogeys in a closing 67 to finish one under par overall in just his fourth tournament of 2020 due to injury and the coronavirus pandemic.

“I drove it like I did on Friday, my irons were a little crisper and I hit better putts,” Woods said. “An under-par tournament score, that’s what I said I wanted yesterday and made it happen today.”

Asked what he would take out of the week, Woods added: “What I get out of this week is that I felt competitive. If I had made a few more putts on Friday and Saturday I would have been right there with a chance.”

At the head of affairs, England’s Paul Casey was firmly in contention on a highly congested leaderboard as some more generous pin positions led to a raft of birdies from the final groups.

Seeking a maiden major title at the 64th attempt, Casey birdied the fourth and fifth to reach nine under par and a six-way tie for the lead with Dustin Johnson, Bryson DeChambeau, Collin Morikawa, Scottie Scheffler and Cameron Champ.

The best rounds of the day so far had come from An Byeong-hun and Ryan Palmer, who both shot 64 in some style.

Palmer holed from 12 feet for an eagle after driving the green on the short, par-four 16th and birdied the last two holes, while An’s round included a hole-in-one from 189 yards with a six iron on the 11th.

Rory McIlroy matched Woods in recording his best score of the week in the final round, a closing 68 leaving the four-time major winner on two under par.

McIlroy was in brilliant form before golf was forced to shutdown due to the pandemic and has struggled to reproduce that since, although the world number three was not about to bemoan his lot in life.

“I’m happy just to be out on the golf course (with) so many people that still can’t get back to work,” McIlroy said.

“I’m happy to be playing golf and grateful that we’re still able to play out here. I haven’t played as well as I’ve wanted to, but it beats being sat on the couch at home, so I’ll take it.”