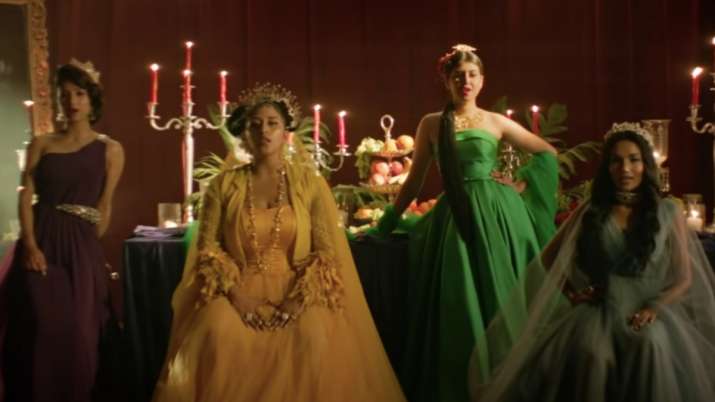 Indian-American rapper Raja Kumari released her latest track “The Rani Cypher” on Monday, to mark World Music Day. The track highlights its theme of woman power with appearances by female emcees Dee MC, Siri and Meba Ofilia. Sharing the release of the song Raja Kumari wrote on her Instagram, “This was a female led production, from the writers to the directors. We worked really hard on this, and I think it shows.”

“When I entered the Indian rap scene in 2016, it was rare to see a woman on stage and even more rare to hear a woman on the mic. I decided early on to use my Influence to create a platform for female artistes and creatives in order to claim a space that could be safe for all of us,” claimed Raja Kumari, or Svetha Rao.

She added: “It’s so exciting to feature Meba Ofilia, Dee MC and Siri on this all-female rap cypher out of India. From beginning to end, working on Rani Cypher has been a hands-on experience and I’m thankful to have worked with such a talented female led team.”

Siri said: “(I am) So hyped for this one! A much-needed collaboration for the scene. The shoot was super fun — all of us in our element, exchanging positive energy.”

Dee MC said: “Super stoked to have worked with these amazing and talented ladies on ‘Rani Cypher’. This was definitely in the works for a while and I’m so glad it’s finally happened. Safe to say it sets a benchmark for all upcoming female collaborations.”

Meba Ofilia said: “I’m nervous, yet very excited! Honoured that I got to be a part of this unique project. Definitely a first for me, sitting down in a studio with artists from different parts of India (and the world!) to record a song. Colourless’ campaign in order to create a world in which people look beyond their differences, while also driving global unity.”