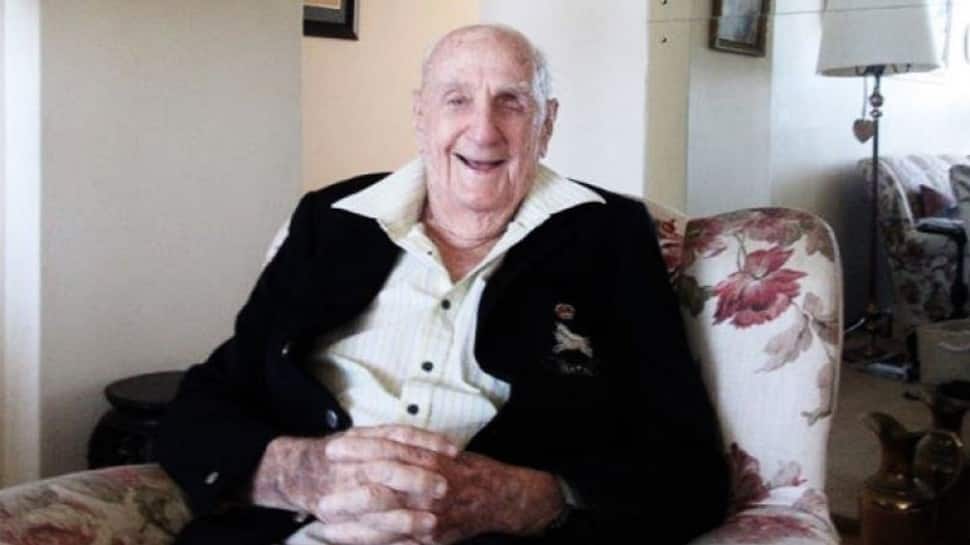 Former South Africa pace bowler John Watkins, the oldest living cricketer in the world, has passed away at the age of 98 after contracting Covid-19, Cricket South Africa (CSA) has confirmed.

“Cricket South Africa (CSA) has learned with sadness of the passing of John Watkins in Durban on Friday at the grand age of 98. At the time of his passing he was the oldest living Test cricketer,” said CSA in a statement.

“He had been in failing health for some time and contracted the Covid-19 virus 10 days ago,” added the statement.

Watkins represented South Africa in 15 Test matches, making his debut against Australia in 1949 at Ellis Park in Johannesburg, making 36 runs and bowling both Australian captain Lindsay Hassett and star batsman, Neil Harvey, in the first innings. He remained a regular member of the team until his final Test match against England at Newlands in 1957.

He was an attacking middle-order batsman, an accurate medium-pacer, and an excellent slip catcher.

The highlight of his career came in Melbourne in 1953 when he scored 92 (his highest Test score) and 50 batting at No. 3, helping South Africa secure a six-wicket victory to share the series after they had conceded 500 runs in Australia’s first innings. In the five-match series he scored 408 runs and took 16 wickets, sharing the new ball in four of the matches.

He also had a distinguished career for Natal, scoring more than 2,000 runs and taking 96 wickets.