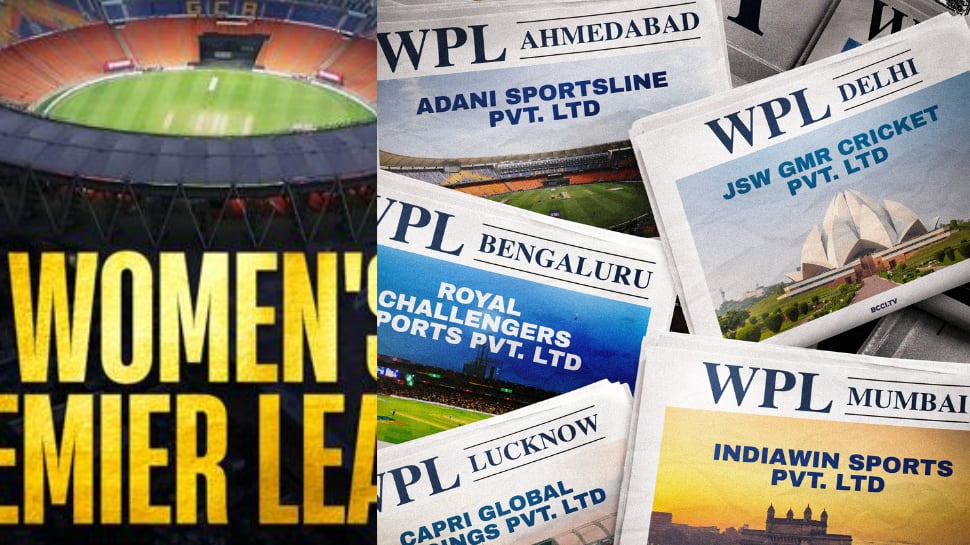 The first Women’s IPL auction finished in the afternoon of Wednesday, January 26, with five teams winning the bidding war that took place behind closed doors. There were 17 contendors who wanted to buy a franchise in the first Women’s IPL, which will now be called Women’s Premier League (WPL) going ahead. The Ahmedabad Franchise which iw owned by Adani Sportsline is the costliest franchise which was bought for a sum of Rs 1289 crore. Indiawin Sports Pvt. Ltd acquired the Mumbai franchise with a bid of Rs 912.99 crores. Royal Challengers Sports Pvt. Ltd, JSW GMR Cricket Pvt. Ltd and Capri Global Holdings Pvt. Ltd won the rest of the three teams, Bangalore, Delhi and Lucknow respectively with winning bids of Rs 901 crores, Rs 810 crores and Rs 757 crores respectively. BCCI earned whopping Rs 4669.99 crore in total bid.

The Ahmedabad franchise in the Women`s Premier League (WPL) will be called ‘Gujarat Giants’, the owners — Adani Sportsline, the sports arm of the Adani Group — announced on Wednesday.Adani Group bought the Ahmedabad franchise with the highest bid of Rs 1289 crores at the auction held by the Board of Control for Cricket in India (BCCI) on Wednesday. The inaugural edition of the WPL could be held in March this year, with the player auction likely to be held in February.

“The Indian women`s cricket team has been doing exceptionally well — and a cricket league for women is a significant step in creating more opportunities for women through sports,” said Pranav Adani, Director, Adani Enterprises.

The purse for the 5 teams will be Rs 12 crore each, said a report in ESPNcricinfo. The first edition of the tournament is expected to take place in March 2023.