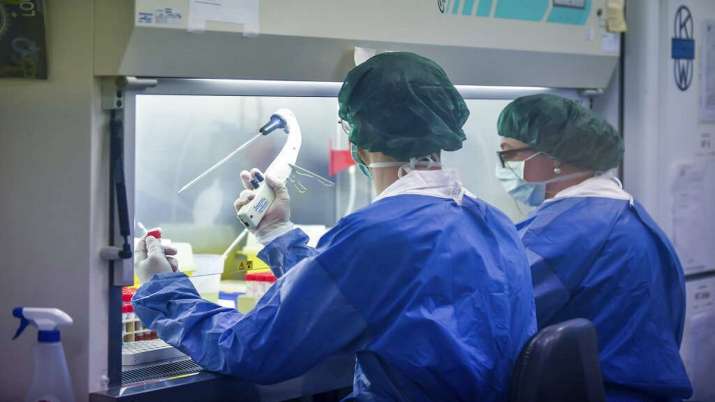 Months before the Covid-19 outbreak occurred, scientists at the infamous Wuhan lab in China were studying coronaviruses found in bats from Laos, according to new evidence.

The new evidence gathered from the US government documents under Freedom of Information backs the theory that Covid-19 emerged from bats and that the SARS-CoV-2 virus escaped from the Wuhan Institute of Virology (WIV) in China, the Daily Mail reported.

In September, scientists from the Pasteur Institute in Paris and the National University in Laos found three viruses — BANAL-52, BANAL-103 and BANAL-236 — from three horseshoe (Rhinolophus) bat species in Laos that were found to be more similar to SARS-CoV-2 than any other known virus.

Although the striking similarity between the two led to speculation that SARS-CoV-2 may have its origin in the Laos bat strain, but the distance of over 1,000 miles between the two countries shut the theory.

However, new leaked emails between EcoHealth Alliance — the US-based nonprofit that helped fund some research at WIV — and the US government funders reveal that viral DNA from “bats and other high-risk species” were sent to Wuhan between June 2017 and May 2019, the report said.

The emails were unearthed by a Freedom of Information request made by a US-based campaign group called White Coat Waste Project.

Besides working in Laos, EcoHealth Alliance also investigated cave bat viruses in Yunnan, China, and sent the samples to scientists in Wuhan for further study, the report said.

Last year, researchers at the Pasteur Institute had identified RaTG13 virus from horseshoe bats in Yunnan. It was 96.1 per cent identical to SARS-CoV-2.

It has been two years since the pandemic, and the world is yet to find answers to the origins of Covid-19.

The new evidence provides a “plausible” route for the viral spread from Laos bats to people in Wuhan, the Daily Mail quoted Gilles Demaneuf, a New Zealand-based data scientist, as saying.

“Now we have a very plausible direct route with two options,” wrote Demaneuf, also a member of the pandemic-origins research group DRASTIC, in a blogpost.

DRASTIC stands for ‘decentralised radical autonomous search team investigating Covid-19’. It has set itself the mission of exploring the origins of SARS-CoV-2.

However, records of the genetic sequences collected from both Yunnan and Laos were removed from an online database at the Wuhan institute in September 2019, just months before the pandemic struck the world, making it difficult for the experts searching the origins of the pandemic.

Barbados officially declared a republic, not to pledge allegiance to Queen Elizabeth