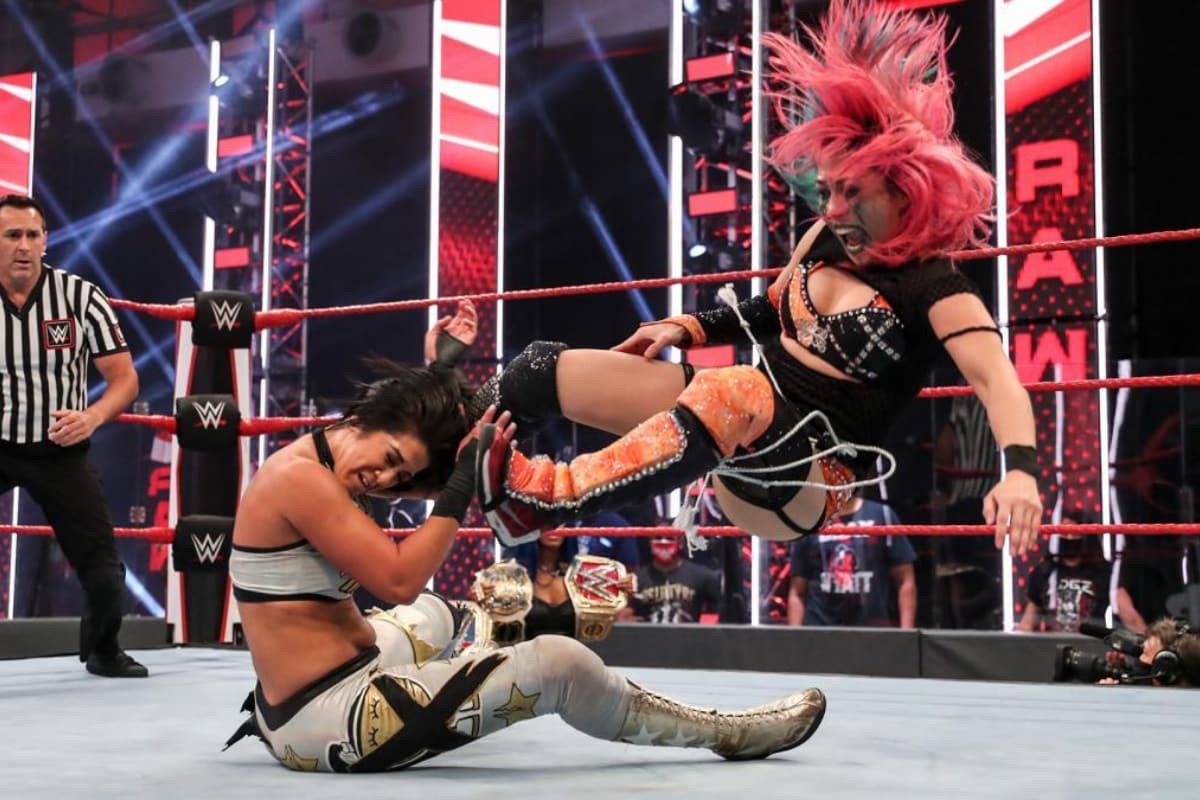 WWE RAW: Asuka defeated Bayley by submission to earn herself the chance to take on Sasha Banks for the RAW women’s title.

The Monday night WWE RAW episode was action packed. Majority of the winners defeated their opponents by pinfall. Asuka won the opportunity of facing Sasha Banks in the WWE SummerSlam 2020 after defeating Bayley by submission.

Further, the outing between The Viking Raiders, Ricochet, Cedric Alexander and Akira Tozawa and His Ninjas too was quite intense and gave WWE fans quite a few nail biting moments. All in all the August 10 episode was quite gripping and did not let its fans get bored even for a single moment.

Here is a quick look at the WWE RAW Results:

The Viking Raiders, Ricochet, Cedric Alexander vs. Akira Tozawa and His Ninjas: Raiders, Alexander and Ricochet defeated Tozawa and his ninjas by pinfall.

Bayley vs. Asuka: Asuka defeated Bayley by submission to earn a Raw Women’s Championship opportunity against Banks at WWE SummerSlam.